The petition, launched by Ipswich woman Karin Weston has about 1,200 signatories and calls for the bridge at Sinnathamby Boulevard in Springfield Central to be renamed after “their local legend”.

“Quite frankly, every time I cross the Paul Pisasale Bridge, I get frustrated,” Ms Weston said.

Women’s singles world number one Barty, a proud Ngarigo woman was born in Ipswich and still lives in the area.

On the change.org petition, Ms Weston wrote the bridge should be named after “an Indigenous woman, a sporting legend, a woman of character who is proud to call this community her hometown”.

In 2018 the entire Ipswich council was sacked following a Queensland Crime and Corruption Commission investigation.

The landmarks that were flagged for potential renaming include David Morrison Way in Springfield, Paul Tully Avenue at Collingwood Park, the Paul Tully Bridge and David Pahlke Bridge at Springfield central, as well as the Sheila Ireland

The rise and fall of ‘Mr Ipswich’ 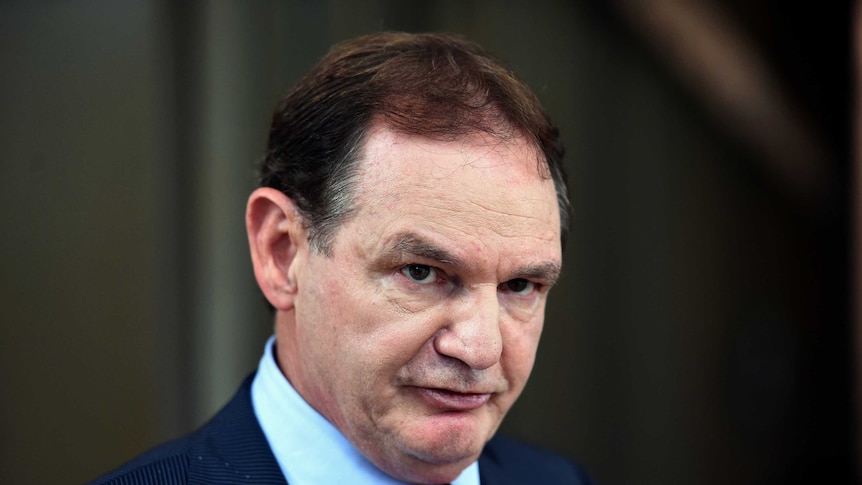 He had a reputation as a loveable larrikin, but Paul Pisasale’s fall from grace has revealed some dark secrets hiding behind the public persona.

At the time new mayor Teresa Harding said she did not believe any councillor should name things after themselves.

Since then, the council has made a policy preventing the naming of streets or landmarks after a councillor or elected representative.

Mayor Teresa Harding said the council expected to focus on the renaming process later this year.

Mr Pisasale was last year sentenced to seven-and-a-half years’ jail at the District court in Ipswich and will be eligible for parole in October 2022.

The former mayor had previously pleaded to more than 30 offences including sexual assault, fraud and official corruption.

Ms Weston said she felt the time was right and wanted to make a stance for her community.

“The woman can live anywhere she chooses but her hometown is important to her and she’s a proud local Ipswich community member regardless of fame and fortune,” she said.

“It’s time to freshen it up and have something positive to reflect upon and represent us in the community.”

The petition was met with both support and resistance online.

One person commenting on social media said it was a “great idea”.

Another person commenting on social media said Barty was a “far better role model for our community than the person whose name is currently on there”.

One social media commenter said they could see both sides to the argument but there should be a new structure to honour Barty.

“Ash Barty Boulevard has a ring to it,” the commenter said.

However, other users said people had forgotten what the former councillors had done for the community.

“As soon as somebody stuffs up all the good things [they] have done are soon forgotten!”

Something to honour Barty in the works, Mayor flags

Cr Harding said Barty deserves “the highest honour our city can give”.

“In the early hours of the morning when she won I actually tagged the Premier and said maybe we should put a statue of Ash up,” she said.

“In regards to the bridge, I guess the view I’ve heard around the place is, given the history associated with the bridge, I think there’s a hope that we would actually top that.

We offer tailored front pages for local audiences in each state and territory. Find out how to opt in for more Queensland news.

“That we would do something more significant than that and I think without the history of that bridge as well.

“So I think we’ll see what happens and we have to also remember we do need to run these ideas past Ash.”

Barty has already been given keys to Ipswich City in 2017.

“We are working with her team and her family on what would be appropriate,” Cr Harding said.

Biden’s July Executive Order Includes Drug Pricing Provisions. But Will They Do Enough?