Just as there are high tides, there are also low tides as well. Every flow has an ebb, every day has dusk.

Since the re-introduction of free agency in 2012, the AFL and its clubs have embraced an era of dramatic player movement, with the colours on the shoulders of its stars changing frequently.

In recent years, players such as Patrick Dangerfield, Tom Mitchell, Lachie Neale and Jeremy Cameron have found new clubs through the trade and free agency period, and reshaped the league.

Due to the impacts of COVID-19, of AFL total player payment caps and of list sizes — and the evenness of the competition in 2021 — dramatic shifts have paused for at least one year.

The main part of 2021’s AFL trade and free agency period is now done and dusted, and it has been the quietest since the groundbreaking free agency change.

Some clubs have decided to hold tight, and some were forced to due to circumstances beyond their control.

The 16 trades that took place between clubs over the past week and a half were the fewest since 2009 — an eternity in football years.

Meanwhile, the five free agents who have changed clubs are also the fewest on record since the reintroduction of free agency.

Two of the big winners of the period were the two sides in the last game of the season, premiers Melbourne and runners-up the Bulldogs.

The two standard-setters of 2021 look like they have capitalised on their limited deals, with both sides gaining through free agency and draft capital for this year.

Cody Atkinson and Sean Lawson analyse the key deals, as the AFL trade period wraps up for another year.

This will ensure that they can welcome top prospect Sam Darcy to the club via the father-son rule.

Melbourne behaved similarly, gaining former Saint Luke Dunstan and buying into the first round of the 2021 draft by trading their 2022 first-round selection.

Dunstan shapes as solid depth for Melbourne’s stellar midfield, giving the tem arguably the deepest midfield in the competition.

Suns look to the future

While the Dogs and Demons bought into the 2021 draft, one club wanted to desperately push their picks back a year.

The Gold Coast Suns — firmly in the midst of another rebuilding project — felt the list size squeeze more than any other club, due to expiring competitiveness concessions previously handed to the club.

Vacant list spots were at a premium at Carrara, and their strong draft hand sat all but unusable this year.

After quickly inking a deal bringing former Richmond big man Mabior Chol back to Queensland, the Suns set out to convert as much of their large 2021 asset base into picks next year.

Gold Coast also needed to find at least one list spot for Chol’s arrival, facilitated by the trade of Will Brodie to Fremantle.

After the Brodie deal, and one with a Collingwood side desperate to gain 2021 draft points to secure likely top two father-son draft pick Nick Daicos, the Suns are just left with pick three in the 2021 draft.

Gold Coast were alone in their fervour for deferring picks at the expense of this draft. Other clubs who strengthened their future hand, such as Geelong, Richmond and Sydney, did so via player swaps.

With pick trading still open until draft night, other clubs may still make moves into next year.

Cream of the crop

While the period was unusually quiet, the top players who moved were still quite valuable.

New Crow Jordan Dawson turned heads in football departments across the league last year, while Adam Cerra delivered on the hype that had him as pick five in 2017.

This was a trade period year for the emerging star, not the older veteran. Both the most immediately valuable players also shape as solid long-term acquisitions for their new clubs.

Dawson and Cerra have more future value than any player to change clubs last year. In fact, they would be stellar talent in any year.

After these two, the quality of players to move clubs becomes more uncertain.

Some sides took flyers on either proven veterans to fill a need, such as Richmond picking up Robbie Tarrant, while others took a chance on largely untested potential, with Callum Coleman-Jones and Max Lynch hoping to break through at their second clubs.

It is likely that there will be a couple of surprise packets who respond to their new environment, and to new opportunities.

Patrick Lipinski, Peter Ladhams and Sam Petrevski-Seton have real potential to excel in their new roles, gambles that their new clubs are hoping will pay off.

Getting players or going to the draft

The introduction of future pick trading has presented a way to evaluate what some clubs think of each draft crop: Whether they are more keen on this year’s or next.

Other clubs, as ever, are after players at the expense of the draft altogether.

So far, with more pick trades likely to come, the Dockers emerge as a surprise enthusiast for this year’s draft. 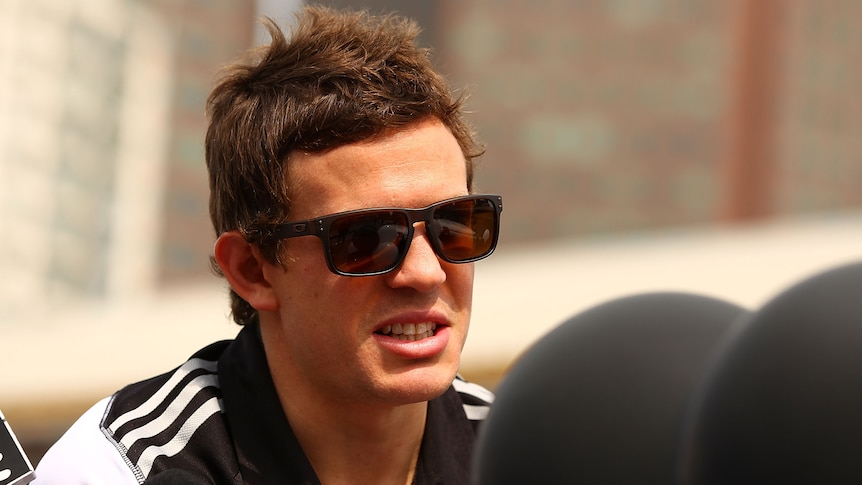 There have been a lot of changes to the AFL in recent years, but few are bigger than the reintroduction of free agency. Cody Atkinson and Sean Lawson look at the impacts.

They channelled not just their loss of Adam Cerra but also future pick value into the November draft, now holding picks 6, 8 and 19 and eyeing a big haul to bolster a rising list, while retaining a minimum of picks for next year.

The Bulldogs and Collingwood also hoarded picks for the upcoming draft, in order to pay for Sam Darcy and Nick Daicos, the value gains there to be measured in a single future player.

On the player-acquisition side, with Dawson and Cerra incoming it is unsurprisingly Adelaide and Carlton who swapped the most value in.

That came at the expense of Fremantle and Sydney, who have lost the most on-field talent and must look to natural improvement and development to continue their promising trajectories.

A final group of teams effectively sat tight, whether by accident or design, contributing to the quietness of the period.

None of these clubs moved much in the draft.

Most notorious however, was Hawthorn’s inability to execute their foreshadowed plans.

It was not the year to be selling off players for a draft haul and Hawthorn’s crop of players were probably more valuable two years ago.

For all the warnings, Hawthorn traded only fringe ruck Jonathon Ceglar for no real pick gain, and lost Tim O’Brien to the Bulldogs via free agency, without compensation.

Sometimes it is better not to call your shots too openly.