There are only six races left in what has been the most exciting Formula 1 season in almost a decade.

In what will be the longest season in history, with 22 races, the championship is delicately poised between defending champion Lewis Hamilton and challenger Max Verstappen.

The duo have collectively won 12 of the 16 grand prix this season and have produced some of the best driving seen in recent memory.

With just six points between them in the driver’s standings, one mistake could decide this year’s championship.

And with the stakes as high as they are the drivers and teams will have to contend with two major unknowns in their quest for the title.

First, Hamilton and Verstappen have both exceeded their engine allowance this season, meaning they will have to cop a penalty which could send them to the back of the grid if they need to replace any power unit or drivetrain parts.

Second, two of the final six grand prix will be at tracks F1 has never raced on.

Engine worries keep Mercedes and Red Bull on their toes

Formula 1 has engine guidelines all teams must follow, and this extends to how many engines can be used in a season.

Under the F1 regulations, each driver is allowed three power units per season.

When a driver exceeds this limit, they are penalised for the next race and sent down the grid.

Both Verstappen and Hamilton are on their fourth power unit, and have already taken penalties in Russia and Turkey respectively.

The teams are now hoping these engines will get them to the end of the season, otherwise they could start well behind their rival in one of the six remaining races.

And if you take the words of Mercedes boss Toto Wolff at face value, it is a real concern for the Silver Arrows.

After Hamilton used a fourth Internal Combustion Engine (ICE) last time out, Wolff said the idea of having to use a fifth was not out of the question.

“We’ve seen over the course of the season that we’ve had some little gremlins that we weren’t completely sure where they came from and how much performance they could potentially cost,” Wolff told the UK’s Sky Sports F1.

“It [the fourth ICE] can last until the end of the season, but there could be a moment where we say, is it worth taking a fresh one because the other one is still at risk.”

Hamilton’s teammate Valtteri Bottas has had five power units in his car this season, which has raised the eyebrows of pundits who question the reliability of the Mercedes engine.

It is an issue that Red Bull is acutely aware of, and is playing up. 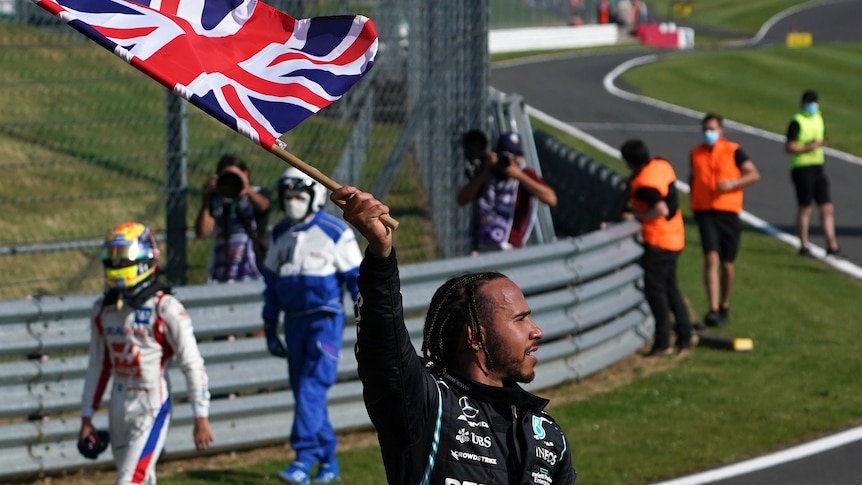 Max Verstappen was taken to hospital while Lewis Hamilton recovered from a 10-second penalty to pass Ferrari’s Charles Leclerc on the third-last lap to win.

“You can see across all their teams Mercedes obviously have some reliability issues they are managing, which is unusual for Mercedes,” Red Bull boss Christian Horner told the BBC.

“But their performance is still incredibly impressive.”

And while Red Bull are not worrying about their engines — out loud at least — they have no margin for error if the worst does happen.

Verstappen has used his allotted engines for the season, and like Hamilton has taken a grid penalty.

Red Bull’s engines have seemed more reliable. One of Verstappen’s engine changes was forced on him because of damage sustained during a British Grand Prix crash which put him in hospital, rather than by mechanical issues.

Reliability is an advantage which Red Bull may need, with the Mercedes cars showing better performance in recent races.

Title could be decided at two new F1 circuits

Formula 1 is going to four familiar tracks, where both Hamilton and Verstappen have enjoyed plenty of success.

Hamilton has won four times in Austin, Texas, where they will race this weekend.

Two of Verstappen’s greatest drives in a Formula 1 car have been at the Interlagos circuit in Brazil.

However, there are two major unknowns this year, as the sport introduces a pair of new circuits into the fold.

Saudi Arabia and Qatar will host their first races in November and December in what will be the third- and second-last grand prix outings of the year.

The new tracks bring more uncertainty into a season which has been at times unpredictable.

Despite being new to the calendar, both tracks share similarities to other circuits, which may give fans an indication who could be best placed to take a vital win.

Qatar’s track, just outside the capital Doha, is already a permanent fixture on the MotoGP championship calendar.

The 5.38-kilometre track has several medium and high-speed corners which will be testing on tyres.

The cornering here has plenty of similarities to Turkey, where Mercedes dominated earlier this month.

The track has a triple right-hand corner section, similar to Turkey’s set of triple left-handers, which can be punishing on drivers.

The comfort that Mercedes had around Turkey may translate to a dominating performance in Qatar, but Saudi Arabia is a different story.

Drawing plenty of comparisons to the Baku street circuit in Azerbaijan, the Saudi Arabia Grand Prix will fly through the streets of Jeddah at a blistering pace.

Formula 1 predicts the average speed of the cars across the lap will be 252 kilometres per hour, quicker than Silverstone and Monza.

It is expected to be the quickest circuit seen in F1 for a long time.

Street circuits have been friendly to Red Bull in 2021, with Verstappen taking victory in Monaco and being robbed of a win in Baku because of a tyre failure.

But both of these are hypothetical, and no amount of simulation can firmly predict who will reign supreme at F1’s newest locations.

The team and driver who get these two circuits right should be in pole position to take this year’s championship.

Friday news quiz: Do you remember the headlines from this week?