Australian Cricketer, Shane Warne,52, was found motionless in his Koh Samui-Thailand Villa and when the medical staff were called in, they declared him dead, possibly due to a heart attack. Warne’s management confirmed the news by releasing a media update through Fox Sports.

Shane Warne, affectionately known as ‘Warnie’ is survived by three children and his former wife Simone Callahan who requested privacy at the time of writing and assured to release a detailed update tomorrow.

With the death of Warne, Australian cricket received a second jolt in a span of 24 hours with former Australian wicket-keeper Rod Marsh dying in the early hours of Friday after suffering a major heart attack.

Warnie was perfectly fine in the morning hours of Friday as he expressed his condolences for the death of Marsh through a tweet and touted him as a great inspiration for the young talent.

Though, Shane was marred by some controversies during his tenure as a spin bowler, the legend never allowed them to influence his game with the ball. Thus making him one of the Wisden’s 5 Cricketers of the Century as he marked his 15 year cricketing career between 1992-2007 with some unparalleled accomplishments.

Currently, the former spin wizard was acting as a captain and coach to the IPL Team of Indian Rajasthan Royals. And participated in the recent auction of players of the cash rich Indian Cricketing League.

On an international note, Warne was known for his commentary skills and was praised for supporting the Australian Cricket team during last year’s Ashes tour, where he hit the deck by silencing all the England fans with his witty tweets.

On the personnel front, Warne dated renowned English actress Elizabeth Hurley for quite some time. He met her at a private party and as he was impertinently single, after divorcing his wife Simone, he ran the media frenzy with some intimate photos. However, the relationship did not last long, as Ms. Hurley caught Warnie flirting with a businesswoman through text messages and so the couple ended their relationship officially in early 2012.

In the year 2007, Sri Lankan Cricket Board named a Test cricket tournament taking place between Australia and Sri Lanka as Warne-Muralitharan Trophy in honor of both the cricketing legends. The leg spinner is also the highest 5-wicket taker in international cricket, just behind Muttiah Muralitharan and Richard Hadlee. To those interested, Shane Warne took 5 wickets in 37 tests and a single 5 wicket haul in his One-Day International Career and holds 10 wicket hauls in ten tests. 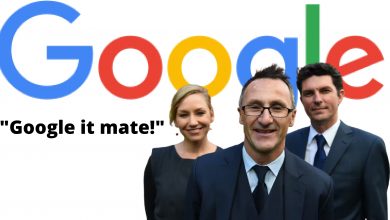