For softballer Ellen Roberts, the Olympic dream is now that little bit closer.

The Australian softball team were the first athletes to arrive in Japan ahead of the Tokyo Olympics, which is now just 43 days away.

Under the new COVID rules, athletes must undergo daily PCR tests and face strict controls over their movements. Face masks are constantly worn and the team were also fully vaccinated prior to their arrival.

“We’ve done all the things that we possibly can in preparation for things that might happen here.”

Right now, COVID infections are going down in Japan – and while there are concerns the Games could lead to a superspreader event, team captain Stacey Porter remains optimistic.

“We wouldn’t be putting ourselves in this situation if we didn’t feel safe enough to do so,” Porter said.

“We’re following that many protocols, and we haven’t been in close contact with locals around here in Ota City. We get on the bus, we get off the bus.

“I myself have full faith that the AOC (Australian Olympic Committee) wouldn’t put us in this situation, or Softball Australia, if it wasn’t safe enough.”

Inside the Olympic bubble

For now, the team can only travel from their hotel in Ota City to the stadium, and every step is watched closely by Japanese media.

At their hotel, two floors have been allocated to the team for their exclusive use, and the athletes will be staying there until mid-July, when they will head to the Olympic village.

“The lead up to any Olympic Games is an important time for a group of athletes,” Ms Porter said.

“We haven’t been able to be together that often. The last time we were together was probably more than a month ago now.

“With COVID happening last year, you know, we hadn’t been together for 12 months, so time apart is tough for a group of athletes trying to come together and win a medal at the Olympic Games.

“A lot of people are asking why we’re here so early … we just can’t get that quality of competition at home.

“We just need different competition. We need to be one group. That’s why we’re here.”

An all too rare opportunity

The Tokyo Games are extremely important for Australia’s softball team, and the sport itself.

It isn’t played at every Olympics – that’s up to the International Olympic Committee (IOC) and host cities – and come July, it will be the first time in 13 years the sport has been on the Olympic stage.

Australia has medalled every time the sport has been played at the Games, having previously won one silver and three bronze medals.

For Stacey Porter, it could be her third and final Olympic Games and she like the rest of the team are chasing gold.

“The Olympics are just like no other event in the world,” Porter said.

“[They are] the pinnacle of sports … the hype and everything that comes with it is a pretty amazing experience.

“It just gives me goosebumps thinking about it.”

COVID concerns at the Olympics

At best, the world’s top athletes will lift global spirits and give a sense of what life could be like in a post-COVID world. But at worst, the games will create further havoc within Japan’s exhausted medical system.

With the city of Tokyo and nine other prefectures in a state of emergency, doctors are worried – and most opinion polls show the public don’t want the games to go ahead.

But opposition to the games appear to be easing somewhat – a poll by broadcaster TBS this week showed 55 per cent wanted the games either postponed or cancelled, down 10 points from last month.

“As an individual, I think if they’re going to go ahead with it, I hope they do it in a safe way that people don’t get infected,” one local said.

“I’m also worried about the Japanese staff who will be working there.”

Daily new cases are starting to fall nationwide and Japan hasn’t experienced the kids of explosive spread seen in the US and the UK.

However, more than 13,000 people have died in the country.

Organisers confident games will be ‘safe and secure’

Organisers have been racing to make sure all the venues are ready to go. Foreign spectators have been banned, and they’ve delayed a decision on whether any locals will fill the stands.

Business tycoons, and even Japan’s second-largest newspaper and Olympic partner the Asahi Shimbun have all called for the Games to be cancelled, though organisers are adamant it won’t come to that.

“International federations, IOC, IPC, ourselves, we have been able to gain a lot of expertise and knowledge from these events, [looking at] how we would be able to host big type of sporting events even under such tough situations.

“So with these evidences, we are quite sure that we will be able to deliver a safe and secure Games.”

But that optimism isn’t widely shared.

“It is not normal to hold [the Games] during a pandemic, but they [the organisers] are trying to do that,” Mr Omi said.

“If they hold [the Games], the government and the Olympic Committee will have to bear a heavy responsibility for their sectors, or the general public will not support [them].”

The risks are still there

Some medical groups have also called for cancellations – but major ones like the Japanese and Tokyo Medical Associations haven’t gone that far just yet.

Dr Haruo Ozaki from the Tokyo Medical Association wants the Games to go ahead for the sake of the athletes, but says there should be no spectators at all.

“Between 50,000 and 90,000 people. aside from the athletes – such as media and sponsors – are coming. There’s no decision on domestic spectators yet,” Mr Ozaki said.

“I think it’s difficult to have Olympic Games which can carry out proper infection control measures.

“If it spreads, it will strain the medical system, and at a certain point, I think we might have to say it needs to be cancelled.”

Masa Takaya, spokesperson for the Tokyo 2020 Olympic and Paralympic Organising Committee, said they could not eliminate the possibility of cases during the Games.

“Once again, we cannot be optimistic about the potential risk of exposing these positive cases for athletes, which is why we have been really working hard to establish a robust response plan in case we have such cases.”

Japan’s government is considering plans to vaccinate volunteers and those likely to be in close contacts with athletes, but this is yet to be confirmed.

It only decided a few weeks ago to start vaccinating its own athletes.

It’s ultimately up to the IOC to call off the Games – and with almost three-quarters of the Swiss-based organisation’s income coming from the sale of broadcast rights, it’s got plenty of motivation not to.

The IOC is also banking on Japan’s steadily increasing vaccination rate – now around 3.5 per cent fully inoculated – turning around.

For the Australian athletes already in Tokyo, the situation is something they understand, but are trying to avoid focusing on.

“I think the world needs a happy, inclusive event that they can latch on to and get some joy out of it,” Ms Porter said.

“And I think that’s what the Olympic Games does.”

5 Mineral Sunscreens That Bring Me Joy | A Cup of Jo

Cross-Play Is Coming To Overwatch 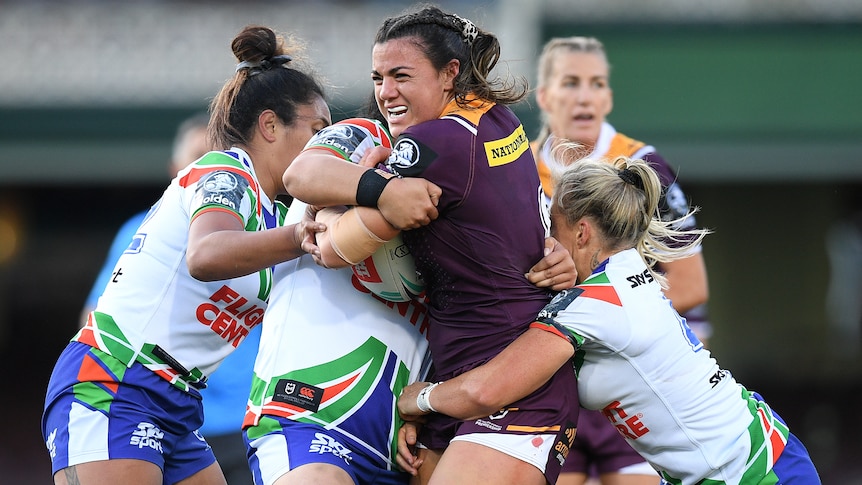