The Blues’ 50-6 flogging of Queensland in Wednesday night’s series opener was their biggest ever win in the State of Origin arena.

Trbojevic wasn’t alone as NSW’s rookies stood up, Nathan Cleary had one of his best games in a Blues jersey and Latrell Mitchell announced his return to Origin.

But he still looms as the biggest threat to Queensland in their must-win Lang Park clash, after scoring a hat-trick and setting up another try in 25 dangerous touches.

Voted man-of-the-match by Kangaroos selectors, Trbojevic defended at right centre but managed to pop up everywhere in attack.

Flipping the script from 2020 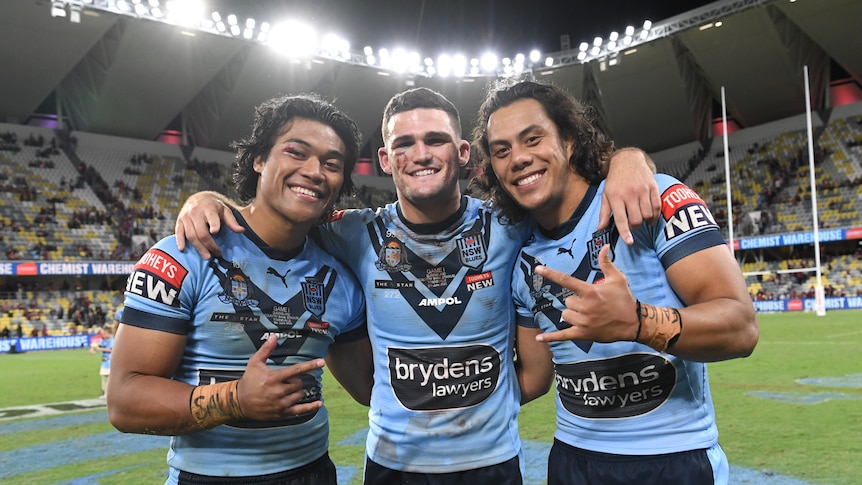 Picking the Panthers and giving Tom Trbojevic the keys to the castle seem like obvious decisions in hindsight, but NSW Blues coach Brad Fittler still deserves credit for making them, writes Jon Healy.

When including NRL football at Manly, Trbojevic has now scored 11 tries and set up 14 in just eight games this year, prompting questions over whether he’s the game’s best player when fit.

“Yeah (he’s the best). He couldn’t be far off, if he’s not,” Queensland and Manly captain Cherry-Evans said.

“I see firsthand how he plays for Manly and then I got to see what everyone else has been trying to stop the last six weeks.”

The last time Trbojevic scored a hat-trick for the Blues at centre, Queensland limited his touches in the next clash and thought they’d found his kryptonite.

But the 24-year-old looks even more dangerous now than back then.

He regularly combined directly with fellow centre Latrell Mitchell, grubbering for one of the South Sydney star’s tries when moving across to the right.

“He’s one of those players that he’s just continually going to put himself in the picture,” Cherry-Evans said.

“I don’t think we realised how much he was going to be in the picture tonight, but now we understand, I know we will be far better prepared.

“You can limit it, and we didn’t even limit it tonight. It was just a free for all.”

Queensland will face other issues in trying to level the series.

The Maroons had just as much ball as NSW in Townsville, but were well and truly beaten in the middle as the Blues dominated the ruck speed.

That gave them room to spread wide, with debutant Jarome Luai’s early ball for Mitchell helping him bust seven tackles and regularly putting the Blues on the attack.

Overwatch: Crossplay to release soon for all platforms 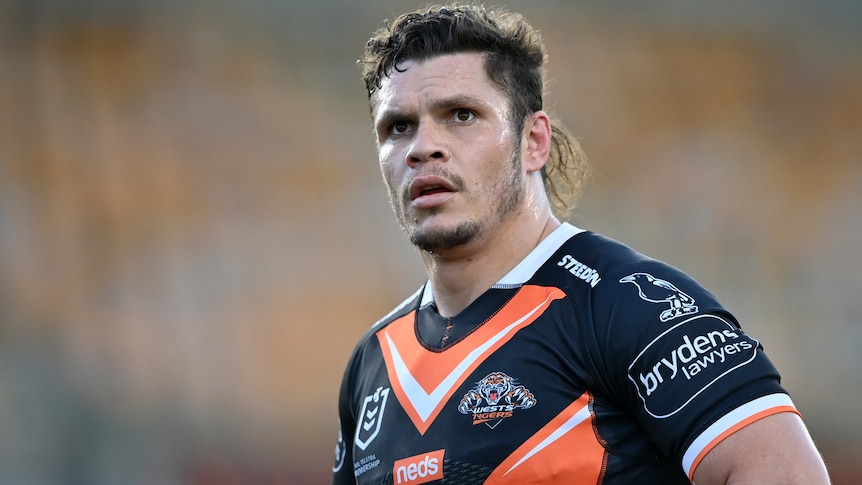