Last week, it was announced that Among Us, the fantastically popular friend-murdering game, was localised officially into Irish. For many (mostly, the Irish) it was an exciting thing; for others, the response was mostly: “But why?”

It’s a legitimate question — Irish, or Gaeilge, is only spoken by around 40% of the Irish population, and is rarely used as a first language. It’s what’s known as a “minority language” — a tongue spoken by a minority of people in a country, like Welsh (622k speakers), Māori (157k speakers), and Basque (665k speakers). And, as with many minority languages, its speakers are invested in protecting it, rather than having it slowly eroded by the majority language, which in this case is English.

But asking “why bother” is to ignore the fact that Irish is still alive and well, and that its speakers are interested in representing it for reasons other than just being able to speak to each other. We spoke to Úna-Minh Kavanagh, the person who took charge of the Irish translation project, to find out more about the reasons behind it.

Kavanagh is a streamer who plays games in both Irish and English, with fully Irish streams every Sunday. Officially, she says, there are very few games that have Irish translations, and many of them — like PlayerUnknown’s Battlegrounds, If Found…, and Dicey Dungeons — were made by Irish people with a vested interest in their own culture.

When Among Us got huge, Kavanagh knew she wanted to add it to the rota — “it was kind of natural that I’d play it, in particular with my audience on stream,” — but there wasn’t an official Irish translation yet. That’s not unusual, of course. Úna-Minh often ends up playing games on her stream in English, with Irish subtitles — and she ends up learning quite a few new words along the way.

“I noticed there was a mod made for Irish already,” Kavanagh said in a Discord chat, “but [I] wanted to improve on it.” After roping in a bunch of other Irish translators — Brian C. Mac Giolla Mhuire, Cormac Cinnsealach, and Mike Drinkwater — she tweeted a request at the Innersloth account to find out if they’d be interested.

And they were. After five months of work, Irish was finally added to Among Us at the start of July (alongside Traditional and Simplified Chinese) in version 2021.6.30 — and it was a huge hit, with Kavanagh’s tweet announcing the news gaining over 2,000 likes.

I’d already heard stories about school students in Gaelscoileanna (Irish language-speaking schools) using Among Us and putting their own Irish on it and thought, wouldn’t this be amazing as a learning tool.

Making the Irish translation official was a matter of accessibility, as well as celebrating the language. “The reason we would like it to be the official version rather than a mod,” she explained in a tweet, “is because installing a mod is not straightforward to the average gamer.”

The news will no doubt be welcome for anyone having to learn Irish in school, because like many minority languages, Irish is kept alive through the magic of education and examinations. Anyone who’s ever had to learn a language in school will know that it can be a painful process, but being able to play video games or watch movies in the target language is, at least, a fun way to immerse yourself.

“I’d already heard stories about school students in Gaelscoileanna (Irish language-speaking schools) using Among Us and putting their own Irish on it and thought, wouldn’t this be amazing as a learning tool,” says Kavanagh. “For a minority language like Irish, it’s vitally important that fresh, modern and quality content is created and that’s what spurred me on the most.”

The popularity of Among Us in Irish could even affect the way that Irish is taught to young people. As Kavanagh said in a tweet, “one of my biggest hopes is that the Irish media sees how IMPORTANT this is for the Irish language and for minority languages in general.” She even says that Among Us could be a great Irish entry point for pretty much anyone, because “the language used in the game isn’t particularly difficult” and doesn’t include anything that would require specific cultural knowledge.

Kavanagh herself attended a Gailscoil, and studied the language after learning it from her grandfather. “We always listened to the radio at home,” she says, and that immersion led to her getting top marks in her exams, and eventually studying Irish and Journalism at Dublin City University.

Despite that strong background, she doesn’t see herself going into localisation as a career — “it’s a hell of a lot of work,” she says, “as rewarding as it is!” Her goal in translation as a side gig is ambitious all the same: “I would LOVE to translate something like Skyrim,” she says, “but that game is humongous.” Among Us, in contrast, is a lot easier — it’s largely just UI elements, and not a ton of lore and in-game books to read — but that doesn’t mean it didn’t have its own challenges.

“The hardest part was the quickchat, because we don’t have words for yes and no in Irish,” Kavanagh says. “We use the verb — so if you say ‘did you drink that’, ‘ar ól tú é sin‘, you’d have to answer with the verb: d’ól mé ( I did drink it = yes) níor ól mé (I didn’t drink it = no).” In the end, they went with Tá and Níl, which are a sort of “yes” and “no” that are used in things like elections. “It’s not entirely correct,” she admits, but says that most Irish speakers will understand it from context.

But to answer that question at the start: why bother?

To the people who would ask that, Kavanagh says, “this achievement is not for them.”

“The language localisation is for those who do care,” she says, “and it’s clear from the reaction online and hundreds of comments on Twitter and TikTok (100,000+ views and counting!) [that people] do care, or at least care enough so say that they will play it.”

A little bit of a personal aside: I have a degree in Ancient Greek and Latin, two languages which no one speaks. A lot of people, when finding out my chosen subject, would have the same question: why? Why take out a colossal student loan in order to learn two languages you can’t use? What jobs can you even get with two dead languages in your pocket? I’ll admit, I questioned that myself, although the answer is apparently “games journalist or Prime Minister of the UK“, but my real answer is: you don’t only have to learn languages in order to speak them.

Learning Latin and Ancient Greek is just as fascinating as studying History, but no one says “what’s the point in learning about stuff that already happened?” (Or maybe they do, but that’s also silly.) It helps with my writing ability, it means that I can read stories in their original language, and most importantly: it makes me really good at trivia.

Keeping languages alive is important for staying connected to our past, our culture, and our identities.

Keeping languages alive is important for staying connected to our past, our culture, and our identities. It also makes us better at communicating in general; there are things that can be expressed in one language, but not another — like déjà vu, schadenfreude, smörgåsbord, and tsunami. We even have a few Irish loanwords, like hooligan, craic, and whiskey, so without Irish, we wouldn’t be able to express good fun or good spirits.

Being able to talk with people across the world is important, but preserving the ways we used to talk can give us incredible insights into humanity that might otherwise be lost to time.

A lot of that preservation work is done by a small, but proactive, number of people. “To keep minority languages alive, people need to simply just stop complaining that nothing is being done and go try and do it themselves,” says Kavanagh. “If they can’t do it, find someone with more knowledge and encourage them.”

So, if you’re wondering why they bothered to translate Among Us into Irish, the answer is just as Kavanagh says: if you think it’s pointless, then it’s not for you. Kavanagh and the rest of the team wanted to see something, and so they made it, and the fact that Innersloth welcomed it as an official mod is a fantastic step towards supporting more languages and cultures in games.

The update that adds Irish to Among Us is available now. 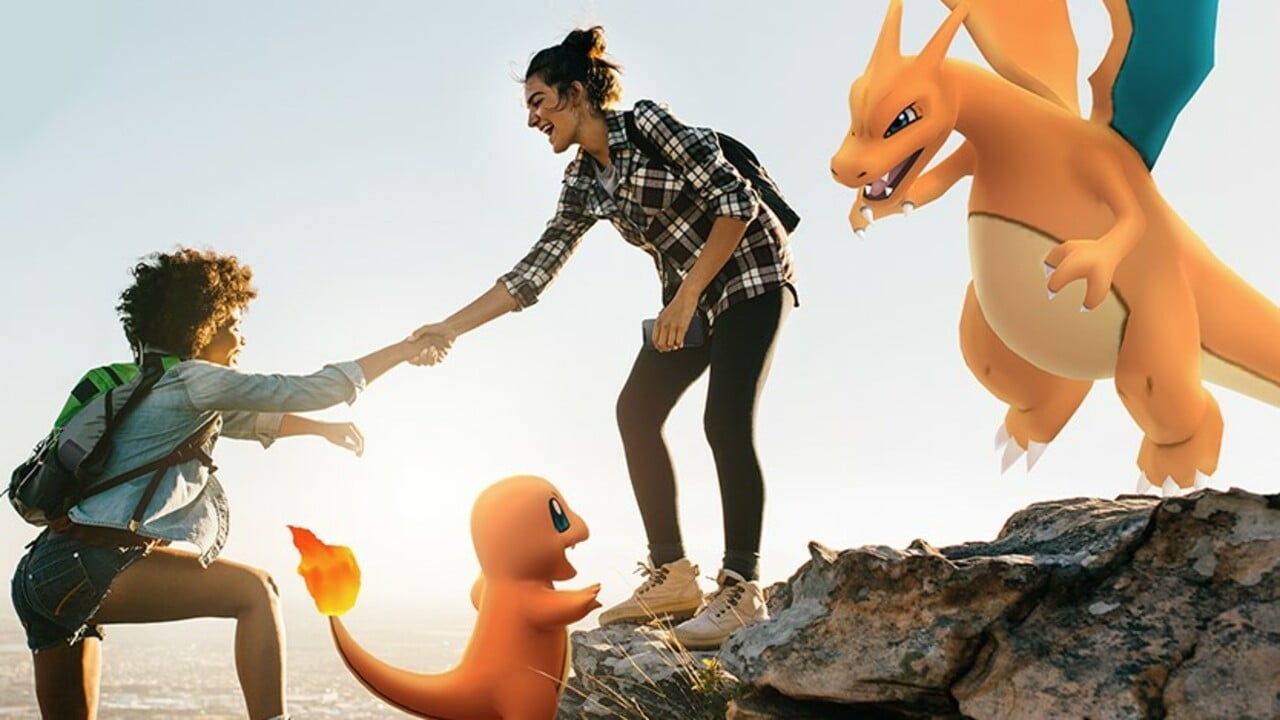 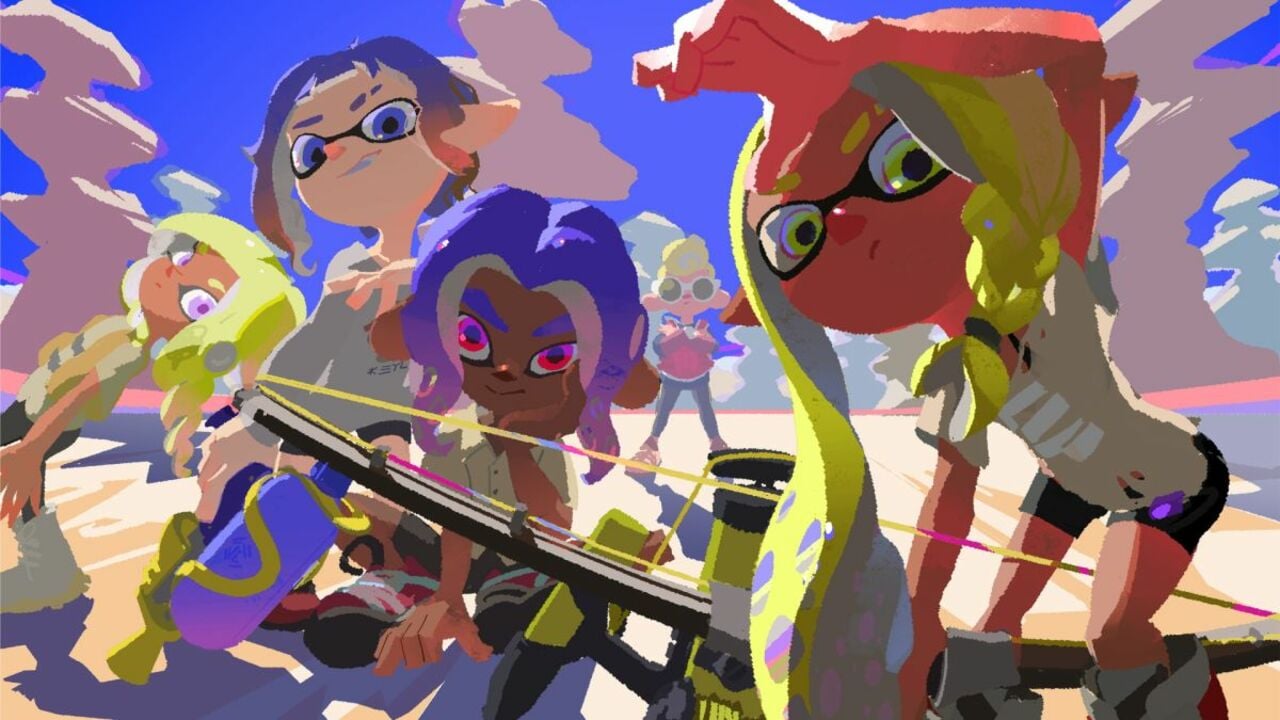