Pokémon is a juggernaut of a franchise. Countless games, movies, merchandise and mobile apps make this literally the biggest media franchise ever made in terms of cold hard cash. Of course this couldn’t have happened without long-lasting appeal, and one area that the franchise nearly always seems to nail down is the monster designs.

Every generation (arguably) adds several fan favourites that take inspiration from the new areas they are meant to represent. It’s why the latest region, Galar — based on Great Britain — has a teapot Pokémon and an adorable Corgi monster called Yamper. And after many different Pokémon regions we have a lot of interesting inspirations and origins for the hundreds of Pocket Monsters currently available.

So, here are 25 — one for every year of the franchise so far (plus some extras) — of the most interesting origin stories behind your favourite catchable creatures. Some are based on myths and legends of Eastern folklore, and some simply based on people or objects with… interesting results…

The loveable loaf Snorlax is one of the original 151 creatures and is known for its lax attitude and huge appetite. This relatable ‘mon is actually inspired by longtime Game Freak developer Koji Nishino.

Snorlax’s face and build seem based on the staffer, with the Japanese name Kabigon actually being a pun on the word Kabi which means ‘mould’, a nod to the fact that apparently Nishino himself was known for occasionally eating still-mouldy food. 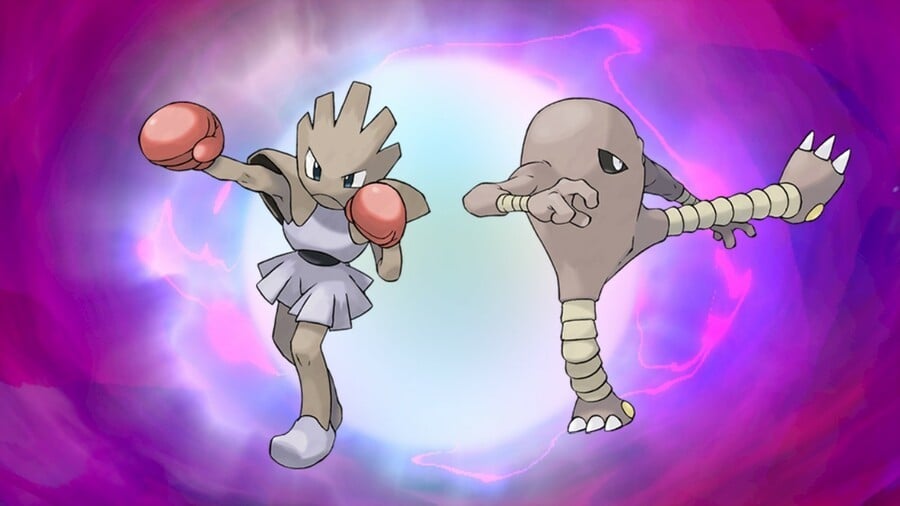 It’s fairly well-known by now that Hitmonlee and Hitmonchan are named after martial arts legends Bruce Lee and Jackie Chan, respectively. However this is only for Western audiences, and the Japanese names pay homage to different fighting icons altogether. 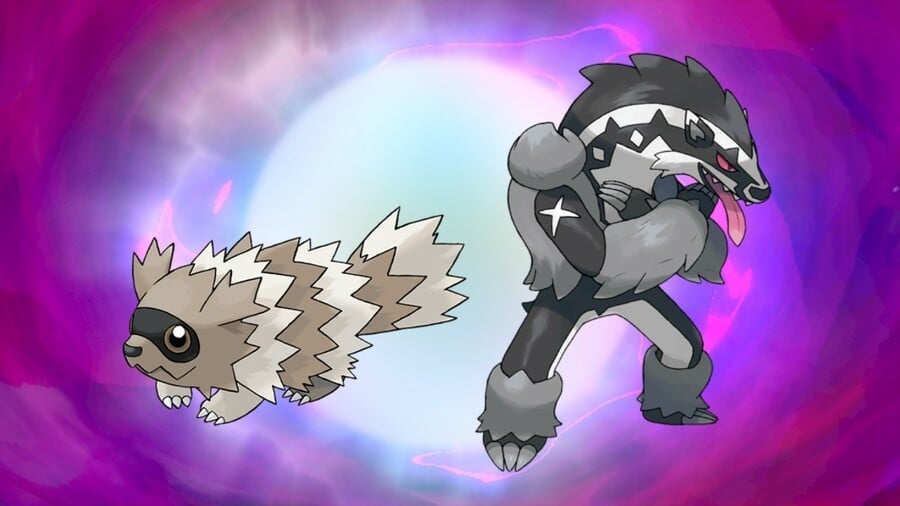 The Galarian Zigzagoon line is based on the band KISS, with Zigzagoon’s star-shaped patches around its eyes based on Paul Stanley’s ‘The Starchild.’ Obstagoon’s outfit and long tongue heavily draw inspiration from KISS frontman Gene Simmons.

In a statement to Newsweek when asked about his likeness being used, Simmons said, “Pokémon has been a part of our household for decades, ever since our kids first discovered them. And to see Pokémon pay homage to KISS is flattering. It’s a KISS world. You’re all just living in it!” 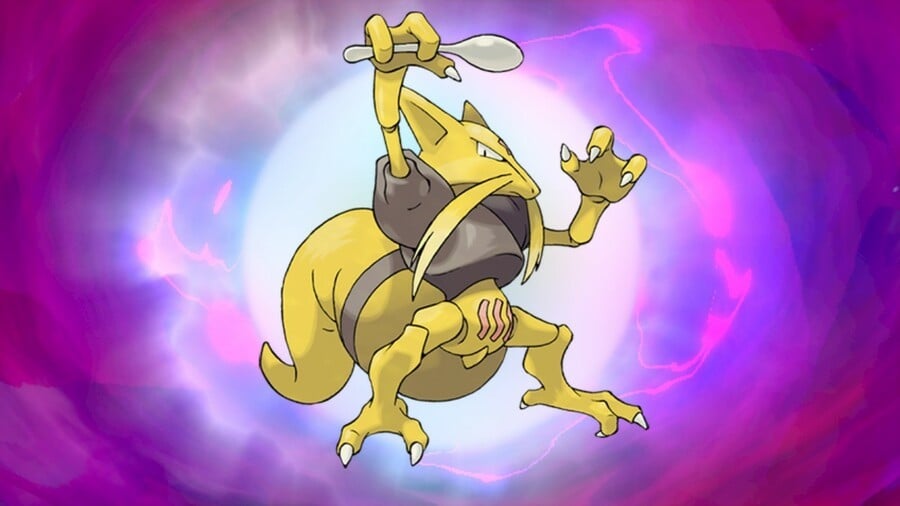 Perhaps the most famous example of a Pokémon being based on a person is the Psychic-type Kadabra, which carries with it a spoon it bends with its mind. While this is already clearly based on Uri Gellar, the Japanese name ‘Yungerer’ cements this further.

Uri Gellar filed a court case against the Pokémon company in 2003 saying that had turned him into “an evil, occult Pokémon character,” and subsequently Pokémon cards of Kadabra hadn’t been printed since 2004 and the Pokémon hadn’t appeared in the anime since 2006. He finally rescinded his ban last year, saying on Twitter, “I am truly sorry for what I did 20 years ago. Kids and grownups I am releasing the ban. It’s now all up to Nintendo to bring my #kadabra #pokemon card back. It will probably be one of the rarest cards now! Much energy and love to all!”

As an added bonus, Alakazam — the evolution of Kadabra — is named Foodin after Houdini while Abra is named Casey after American clairvoyant Edgar Cayce. 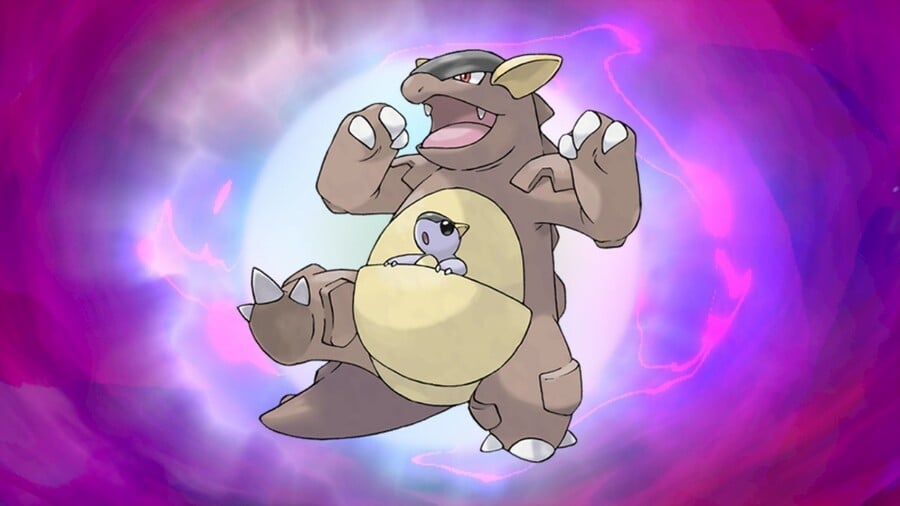 The huge maternal Pokémon Kangaskhan is based on a kangaroo, complete with a baby in its pouch, but the second part of the name also alludes to Genghis Khan. This seems like a throwaway connection except for the fact that the armour-like ridges on the shoulders of Kangaskhan emulate the scale-like armour used by Mongolian warriors.

And while pure conjecture, it’s certainly an interesting coincidence that a Pokémon so intrinsically linked to being a parent is based around a man famously known for being a father to countless children. 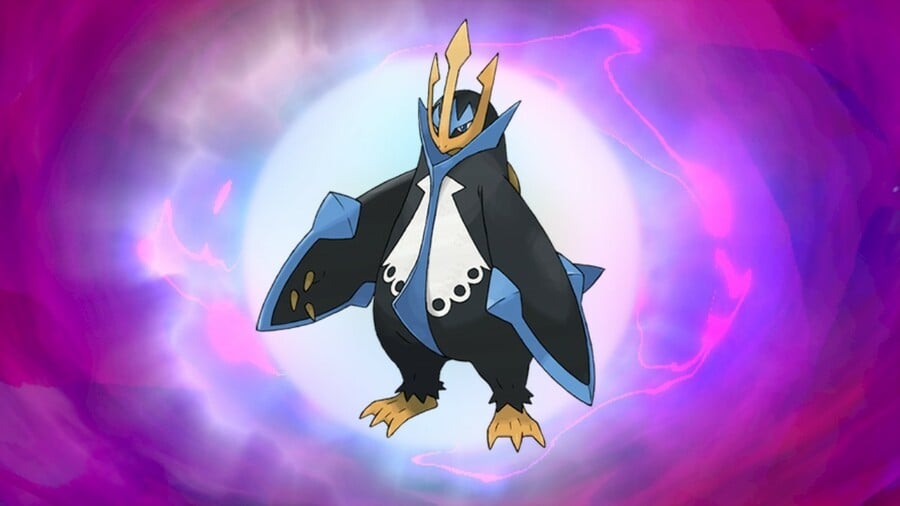 A regal penguin with steel arms, the intimidating Empoleon is named after diminutive Emperor of France, Napoleon Bonaparte. It even shares a height with Napoleon at 5’07” (or 1.7m). While the English name comes from the words Emperor and Napoleon, the Japanese name Emperte combines Emperor and Bonaparte. Empoleon is also commonly described as a proud Pokémon, with its Platinum Pokedex entry reading “If anyone were to hurt its pride, it would slash them with wings that can cleave through an ice floe”. 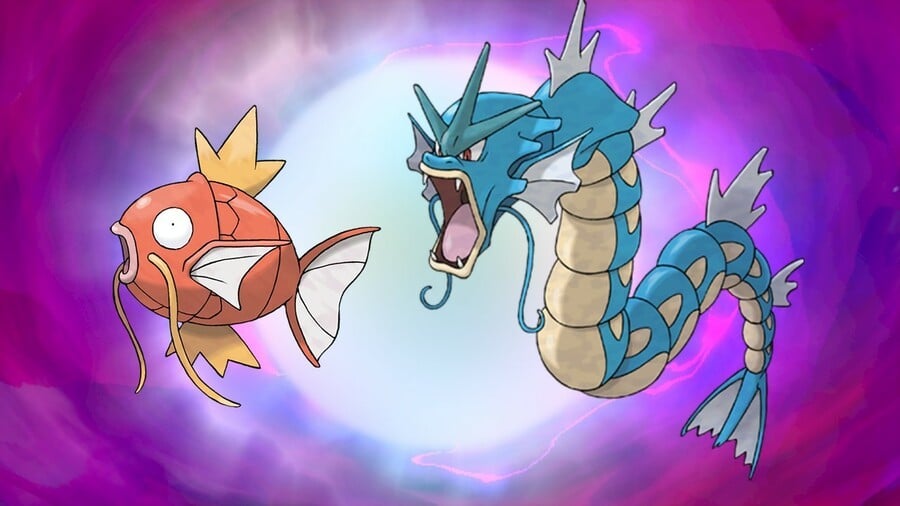 This feeble fish is basically useless until level 20 when it evolves into the giant water-dragon Gyarados. For many this transformation comes as a surprise, but it actually fits nicely alongside the Chinese proverb “The Carp Has Leaped Through The Dragon’s Gate”. This is based on the tale of The Dragon’s Fate, located at the top of a waterfall atop a mountain. Many carp would attempt to swim up the stream but very few would make it, and if one was to make the huge leap over the gate it would transform into a water dragon. This water dragon would still have large scales to show it came from a carp and the obstacles it has overcome.

This is also seemingly the influence for episode 109 of the anime “The Wacky Watcher”, which shows a group of Magikarp who return to Rind Island once a year to attempt to swim up a waterfall, with the successful ones getting to evolve. Gyarados becomes red when shiny, which could be a direct reference to many depictions of the mythical dragon. 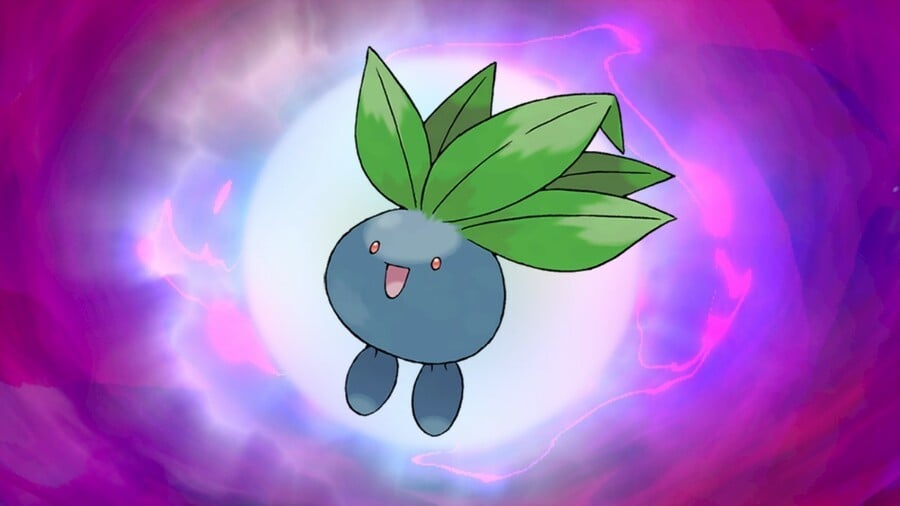 The stubby plant Pokémon Oddish is most likely based on the mythical Mandrake, with its Pokémon Yellow Pokédex entry reading:

It may be mistaken for a clump of weeds. If you try to yank it out of the ground, it shrieks horribly.

In folklore the Mandrake is meant to be a murderous plant that takes human form, but when pulled out of the ground lets out a shriek known to cause humans agony or death. While the English name is clearly based on the words odd & radish, the Japanese name Nazonokusa translates to mysterious plant. 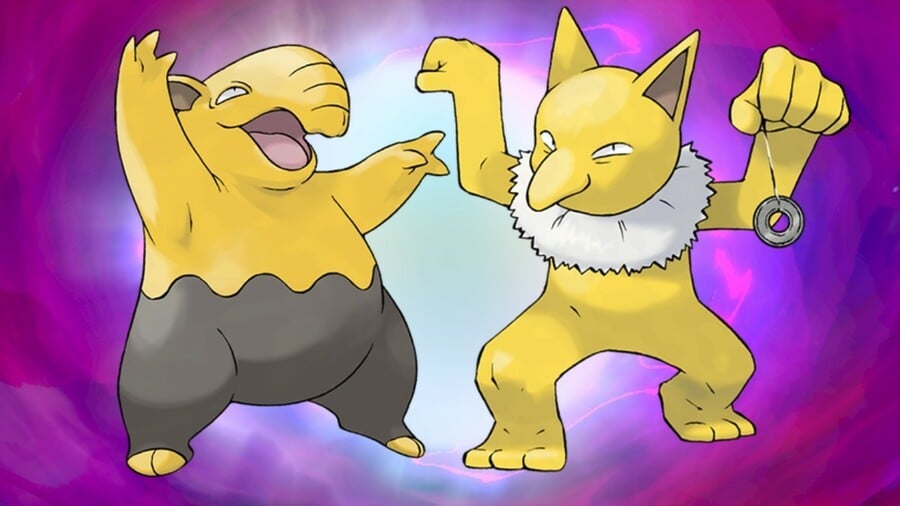 Drowzee and Hypno are Pokémon with designs that already make them unsettling, yet they somehow become even creepier when the lore behind them is explained.

Drowzee is based upon Baku, the dream-eating demon. A chimaera with the paws of a tiger, the tail of an ox, and the trunk of an elephant, this creature would come to the aid of children having nightmares. If they were awoken by a scary dream, they could call out to Baku who would come and devour the bad dream so they could go back to sleep. But children have to be careful when calling Baku because if he’s still hungry after eating the dream he may devour the child’s hopes and desires. While several Pokédex entries directly mention Baku as an inspiration, none are quite as chilling as Pokémon Silver’s entry which reads:

It remembers every dream it eats. It rarely eats the dreams of adults because childrens’ are much tastier.

Hypno is clearly based on the idea of hypnosis, so it’s said that they work together to put children to sleep and eat their dreams for sustenance.

Review: Battle Axe - A Battling Throwback That Doesn't Land All Its Hits