What are you doing here? We assume you’ve clicked a link under the assumption that you’re going to find a review of a game, but as you can quite clearly see from the title, there is no game. So we’d like to apologise for wasting your time here, and we’ll catch you on the next one!

Okay, we’re joking – obviously. We couldn’t help ourselves, though; There Is No Game: Wrong Dimension centres its entire narrative on the premise that, actually, you’re not playing a game (at least, not a traditional game). In fact, the narrator that accompanies you throughout the experience does his utmost best to convince you to stop playing, put down your controller, and quite frankly leave him alone. It’s a tremendous fourth-wall-breaking experiment that, while technically a sequel to the 2015 title There Is No Game, feels wholly unique.

If we’re to slap a specific genre onto the game, we’d say it’s a puzzle adventure title with heavy point-and-click elements throughout (very much like classic Tim Schafer titles, in other words). You take on the role of the ‘user’ who, for all intents and purposes, is you. The game starts off like any other, with a typical title menu composed of numerous options, but it’s at this point that the narrator jumps in to royally mess your experience up. Using the touch screen or face buttons, you immediately engage in breaking down each barrier that the narrator puts in your way, whether it be smashing through a screen, finding a key, or uncovering passwords buried in the narrator’s secret files. 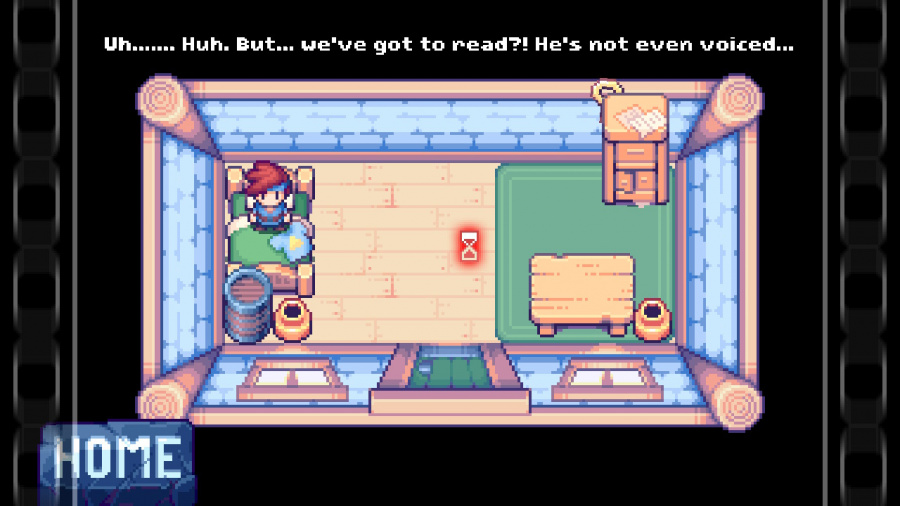 It’s an incredibly light-hearted, fun experience that very much feels like the classic adventure titles from the ‘90s, and it only gets better as it progresses. Eventually, you and the narrator find yourselves trapped within various types of games, and you’ll need to begrudgingly work together to figure out a means of escape. The scenarios from this point onwards are frankly genius, as the games themselves can be directly manipulated by the user, so you can quite literally pull objects from the game world into ‘reality’, and use them to solve puzzles (so in a sense, it’s effectively a game within a game – phew!).

The games themselves are essentially parodies of existing genres, the first of which takes inspiration from classic point-and-click adventure titles and stars a particularly famous detective. The second is a parody of the 2D Legend of Zelda titles, and it’s here that the game briefly grinds to a bit of a halt. Solving the puzzles in this section is basically a case of collecting items and navigating dangerous environments, but since you can’t directly control the featured protagonist, it makes each task feel like a bit of a chore.

Other than that, most of the puzzles throughout the game are consistently fun and engaging, but never feel overwhelmingly complex, which we feel is vital to the overall enjoyment of the experience. Thankfully, if you do ever get a bit flummoxed, there’s a handy hint system in which you can periodically unlock hints for each puzzle before eventually uncovering the solution itself (but that’s only if you’re helplessly stuck). The game berates you slightly for doing this by emitting a subtle ‘booing’ sound, but there are no actual drawbacks. 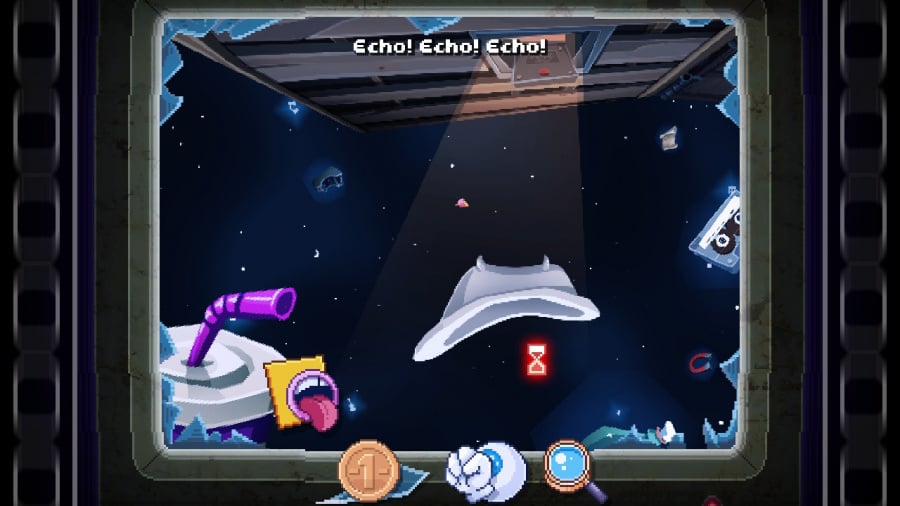 Of course, all of this would be nothing if it weren’t for the exceptional writing. Each character, whether it be the narrator or one of the video game sprites, is wonderfully well realised, and we found ourselves frequently giggling at the dialogue. The voiceover work helps this along exponentially, and while there isn’t a great deal of memorable music throughout the game, the comedic dialogue more than makes up for this. We almost found ourselves wishing we had a wise-cracking narrator in every other video game, too!

In terms of presentation, There Is No Game: Wrong Dimension is pretty flawless. The game runs well, and navigating between each screen is incredibly easy, whether you choose to use the Switch’s touch screen or not. Its pacing is mostly immaculate, aside from the iffy Zelda-inspired section part way through. For some players, some of the more self-aware jokes may seem a tad on the nose, but if you’ve been gaming for some time, we’d wager that you’ll find the majority of the jokes and references to be pretty hilarious.

When it comes down to it, There Is No Game: Wrong Dimension is a bit of a misnomer. There is certainly a game to be found here, and it’s a ruddy good one. If you’re not a fan of point-and-click style adventure games, then you may want to look elsewhere, but with an experience packed with ingenious puzzles and excellent self-aware jokes, this is one of the strongest examples of the genre in recent years. It’s right up there with the best; don’t miss out.

Beautiful Mother's Day Flowers (and a Discount) | A Cup of Jo

Fortnite Reboot-a-Friend: How to claim the free rewards before it ends today (April 26)