Even amongst die-hard fans, chances are low that you’ve beaten most Pokémon games. Sure, main entries and subsequent remakes are one thing, but when you consider Pokémon’s seemingly endless spin-offs, that becomes a completely different chat. Now clocking over a hundred games, some may have fallen into relative obscurity, but HAL Laboratory’s Pokémon Snap remains a cult classic.

We’d all but given up on a sequel, until last year’s surprise announcement revealed New Pokémon Snap for Switch, with Bandai Namco on development duties. Taking us to the Lental region under Professor Mirror’s guidance, it launches imminently, and we’re looking back at where it began to celebrate this occasion.

Arriving in 1999 on the N64, the original Pokémon Snap gave us a unique look at the world of Pokémon. Swapping battles for your trusty camera, this on-rails first-person game revolved around Todd Snap, a photographer assisting Professor Oak’s research in capturing Pocket Monsters in your lens rather than a tiny sphere.

What’s interesting is that if HAL stuck to their original idea, Snap would’ve been a very different experience. Taking inspiration from the English fairy tale, it started as a Nintendo 64DD release called Jack and the Beanstalk. Announced in 1995, the project comprised a small development team, led by director Youichi Yamamoto, with Satoru Iwata and Shigeru Miyamoto producing. Designed to take full advantage of the 64DD’s unique features, little is known about what gameplay would have entailed (no footage or screenshots were ever released), though Iwata later described it as “a normal game in which you took photos”.

Admitting that “the motivation for playing the game wasn’t clear”, this approach was scrapped, with HAL and Nintendo reconsidering what players would enjoy photographing. At this point, Jack and the Beanstalk became a Pokémon spin-off – a move Iwata believed was a “somewhat forced switch” – and development restarted. Snap’s origins weren’t forgotten though, and you can spot “JACK and BEANS” in the intro alongside HAL and Nintendo’s logos, acknowledging the name of the development team led by Yamamoto. 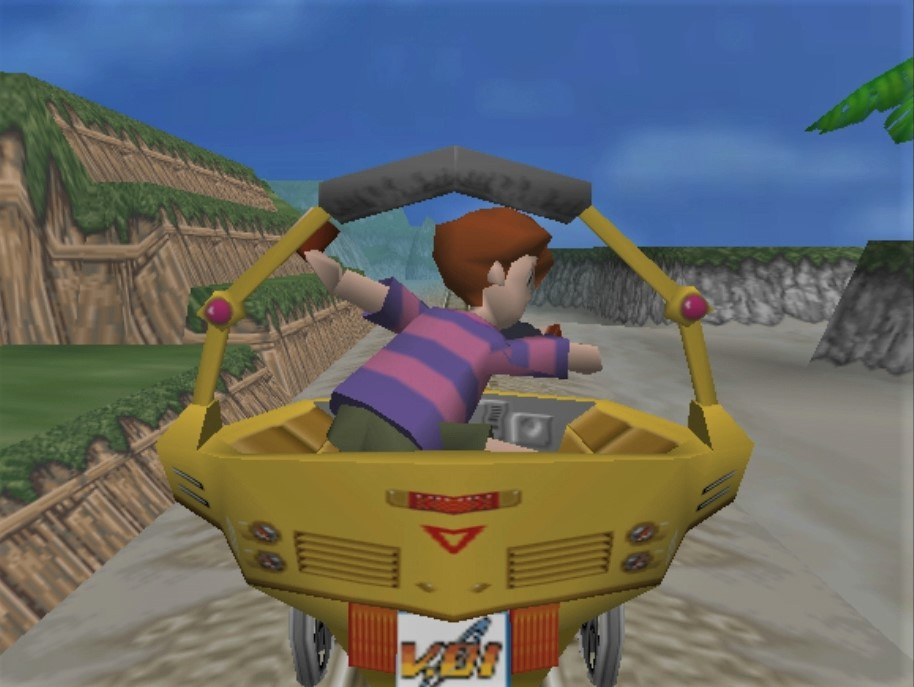 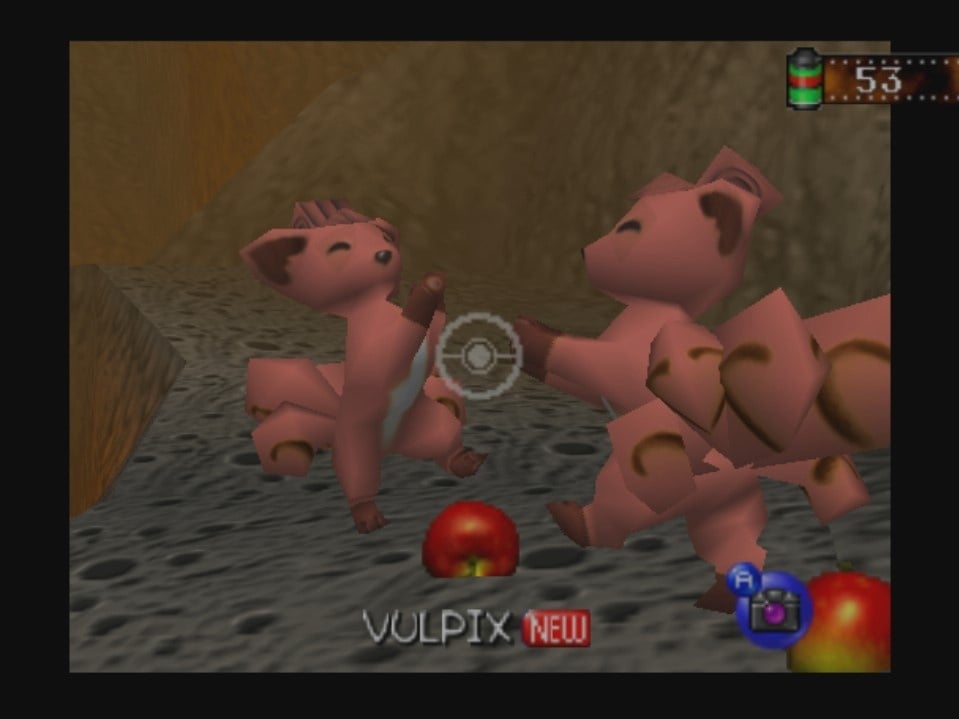 Two years later, it re-emerged at Space World 1997 as Pokémon Snap, joining other 64DD games like Mario Artist and Pokémon Stadium alongside an early prototype of Pokémon Gold and Silver. Announced with a ‘Fall 1998’ release date, Snap’s release got delayed and that 64DD version was cancelled, joining several notable games in abandoning the troubled platform for a standard N64 cartridge. Beta gameplay footage on the 64DD is still available online (thanks to a recovered but low quality IGN recording) but it would launch on N64 the following year.

Announced with a ‘Fall 1998’ release date, Snap’s release got delayed and that 64DD version was cancelled

Piloting the all-terrain ZERO-ONE vehicle through on-rails gameplay, your goal was simple: take photographs of different Pokémon in their natural habitats. Featuring 63 different Pokémon – with several making their first 3D appearances like Rapidash, Slowbro, and Porygon – you travelled across Pokémon Island, with Todd’s journey spanning idyllic beaches to dangerous volcanoes. Of course, not every Pokémon is particularly co-operative, and to get clearer shots for a better score, you have Pokémon food, Pester Balls, and a Poké Flute at your disposal.

Like any game, not everything planned in early development gets implemented, and Snap has plenty of known cut content. Most prominently, two stages were removed, including a Safari stage which featured Ekans, who didn’t appear in the final release. A ghost-themed stage was also cut, and some theorise that’s because Gen 1 only had three ghost-types: Gastly, Haunter and Gengar. Two unused music tracks by composer Ikuko Mimori have since emerged and, curiously, one is called “Theme of the Horror Boss”, implying boss fights were planned at some point during development; unless you count Mew at the Rainbow Cloud, boss fights don’t exist in in the final game. 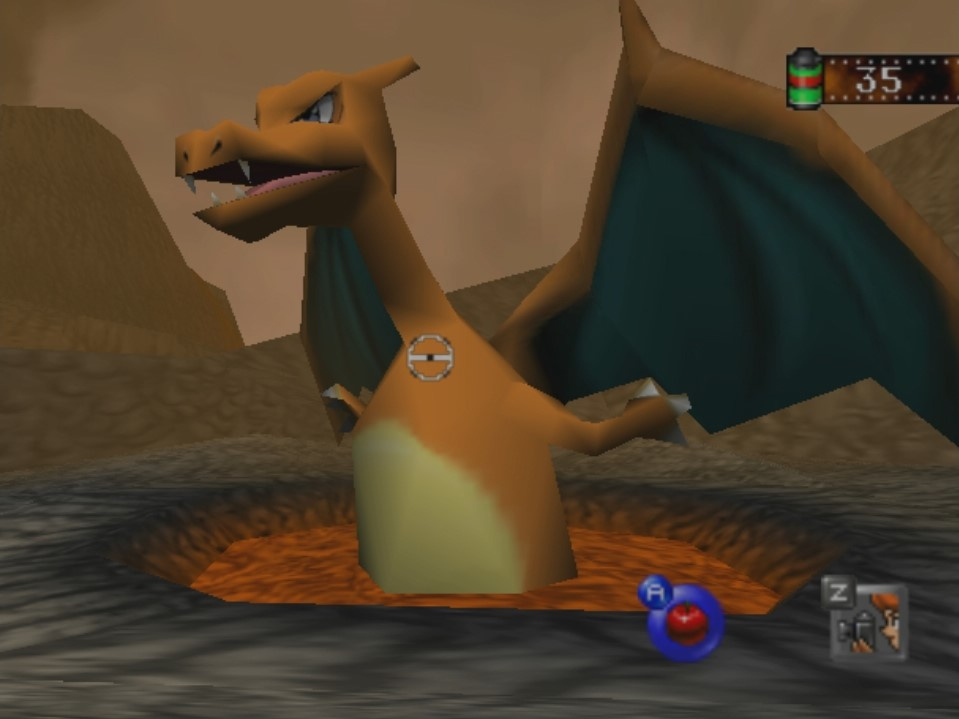 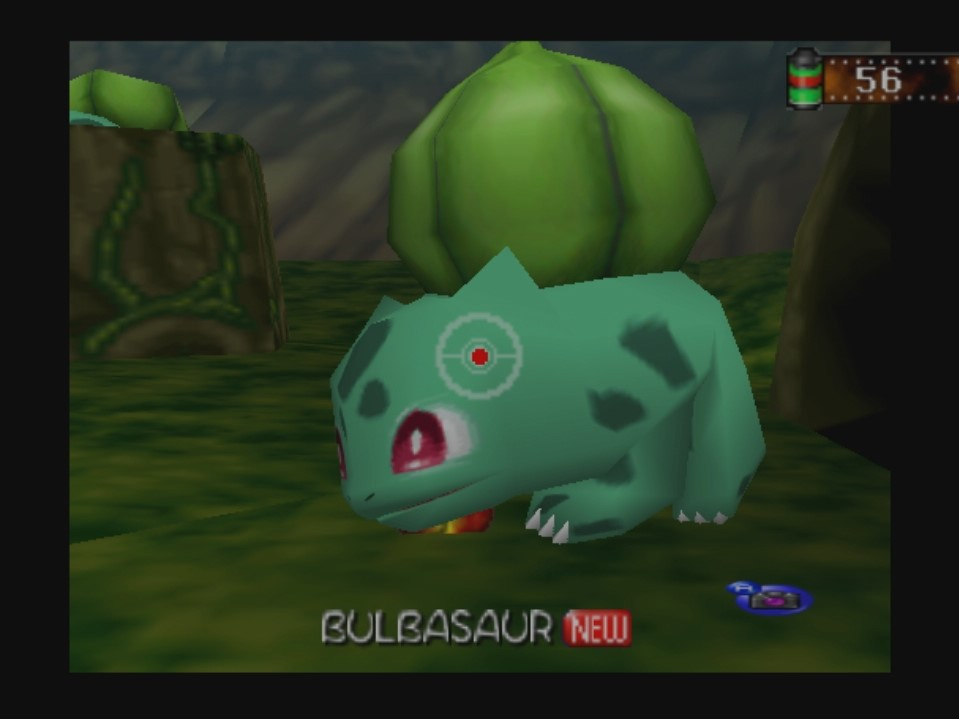 Once everything was finalised, Nintendo knew it had a winner and promoted the game hard, collaborating with Blockbuster to let players print out their in-game photos. Perhaps due to how it encapsulated a different aspect of Pokémon’s universe, the game was a hit, garnering strong sales and becaming something of a standard bearer for the photography-in-gaming subgenre. We’ve seen various tributes across the years, and undoubtedly, Snap remains a fan favourite. For the Wii and Wii U Virtual Console re-releases, Snap instead shared photos through the Wii Message Board and Miiverse respectively. Ah, remember those?

the game was a hit, garnering strong sales and becaming something of a standard bearer for the photography-in-gaming subgenre

Despite that success, there was seemingly little appetite internally – at least, until recently – for a sequel. Game Freak’s Junichi Masuda commented on the possibility several times, believing that “if it was just a remake with better graphics, I don’t think it would be as interesting as a lot of people are imagining”. Asked again five years later, he gave us a very Nintendo answer, confirming “we’d have to come up with a very unique twist on this if we do make another one”. For fans, a Pokémon Snap sequel seemed like a no-brainer, but it’s worth considering that modern reception to those Wii/Wii U re-releases wasn’t so kind, with many criticising the game for its short playtime and a small roster.

Even still, Snap’s popularity endured, and you can arguably see its influence on Niantic’s hit Pokémon Go, a game that integrates (in its default augmented reality guise) your smartphone’s camera. Though it wasn’t included at launch, Niantic introduced a “Go Snapshot” feature two years back, making it easier to capture photos of your Pokémon. Amusingly, Smeargle photobombs those pics once a day, copying the moves of whichever Pokémon you’d taken a shot of — that’s currently the only way to catch that particular Pocket Monster in Pokémon GO.

For the longest time, it seemed like the N64 release might be the only one we’d ever get. A new entry felt like a pipedream given the little fanfare that accompanied Pokémon Snap’s 20th anniversary, so we’re beyond thrilled that New Pokémon Snap is giving our (doubly) digital camera a second lease of life. We shouldn’t get too ahead of ourselves — you’ll have to look out for our review to find out if this sequel does the 64-bit game justice — but we can’t deny that what’s already been shown looks great, with gameplay promising notable improvements on the original premise. With over 200 Pokémon to shoot this time, we cannot wait to start snapping this next evolution.

Do you have fond memories of Pokémon Snap on the N64? Already pre-ordered New Pokémon Snap? Let us know down below!