The fish shimmied past her underwater office window inside the Lower Granite Dam, solo and in small groups, an endless parade of Chinook salmon, steelhead and shad.

Debby Stallcop observed and counted, dutifully logging each traveler by species with a tap on a specialized keyboard.

Finally, an hour and a half into her shift at the eastern Washington dam, a lime-green fish, nearly 2 feet long with a forked tail, appeared through the glass. Its distinctively large eye seemed to stare back at her.

Stallcop reached for her desk phone and hit a number on speed dial.

“We’ve got a sockeye,” she announced.

More precisely, a Snake River sockeye — a once-abundant fish pushed to the brink of extinction by overfishing, dam construction and climate change.

Billions of dollars have been spent over the last four decades to save Snake River salmon by restoring streams, relocating sea lions and other predators, building hatcheries and helping fish get past dams. But those efforts increasingly look futile.

As heat waves become more common and river temperatures rise, few fish complete the treacherous journey from the Pacific Ocean through eight dams to their spawning grounds in southern Idaho — a 900-mile trip up the Columbia and Snake rivers and their tributaries.

Hoping to avert disaster amid record July heat, the National Oceanic and Atmospheric Administration authorized an emergency plan to help the sockeye skip the final 300 miles of their migration.

A team of government scientists waited about 150 feet upriver from Stallcop beside the Lower Granite’s “fish ladder” — a series of artificial streams and pools that provide a path for the sockeye to conquer the final dam on their journey.

After Stallcop let them know the fish was coming, they waited until they could see it, then opened a chute to let it into a tank of water spiked with anesthetic.

Once the fish stopped thrashing, Dan Baker, an Idaho state fisheries biologist, slid it into a rubber sleeve.

Clutching the specimen tight, another state biologist, John Powell, hurried down 21 steps and deposited it into a 400-gallon tank on the back of a 1-ton pickup.

Instead of taking the river, the sockeye would take the highway.

In the days when only Native Americans inhabited the Northwest, tens of thousands of Snake River sockeye returned each summer to the lakes and streams where they had hatched in the foothills of the Sawtooth Range.

Navigating by smell and Earth’s magnetic field, they gained more than a mile in altitude in the longest migration of any sockeye salmon in the world — an odyssey that ensured only the healthiest, strongest fish survived to reproduce.

Each spring, the sockeye smolt swam unimpeded to the sea for the cycle to begin anew.

Their troubles began with the rise of commercial fishing in the mid 19th century as Columbia River canneries packed massive amounts of fish.

In the 1920s, state game managers began stocking lakes with other species that competed with sockeye for food. Sometimes they dumped poison in a lake to kill all the fish, replacing them with trout prized for fly fishing.

But the most devastating blow for the sockeye came from a dam-building frenzy that began in the 1930s, submerging rapids and waterfalls and creating a series of artificial lakes that stewed in the sun.

Warmer water bred disease. Slower currents meant that the juveniles often took so long to reach the ocean that they were devoured by birds and seals.

In 1979, the fish counters at the Lower Granite Dam recorded just 25 Snake River sockeye. In 1990, the count fell to zero.

The Snake River sockeye was added to the endangered species list in 1991 after a petition from the Shoshone-Bannock tribes in the spawning areas.

Hatcheries — which produce fertilized eggs that are placed in spawning areas — helped stave off extinction. In 2014, the count at Lower Granite rebounded to 2,786, the most in at least four decades.

But many scientists doubt that the current approach can prevent extinction of the Snake River sockeye as temperatures continue to rise.

“When you start reducing adult returns to the spawning grounds to the low numbers we’re watching right now, it’s like inbreeding — you don’t get enough genetic diversity to sustain the populations,” said Steve Pettit, a retired Idaho Fish and Game biologist. “That can threaten their long-term survival just as much as pure numbers can.”

Still, he said it’s worth trying: “The sockeye still coming back to Idaho are in my opinion museum pieces.”

As of Saturday, the count at the Lower Granite dam this year was 411.

By late morning, Powell and his team had dropped eight Snake River sockeyes into the tank bolted to the bed of the pickup.

Temperatures at the Lower Granite were climbing into the 90s. Water above 70 degrees quickly becomes lethal for sockeyes, so the race was on to keep the precious cargo cool.

Powell pulled another four buckets of ice from an office freezer and handed them up to Baker, who gently tipped them into the tank.

At 11:15 a.m., it was time to leave. They hoped to reach the Idaho hatchery by nightfall. It would be the first of several such trips planned for this summer.

Powell climbed into the passenger seat as Baker started the engine and steered out of the canyon through a series of switchbacks into tawny wheat fields that shimmered in the heat.

Watching the reception bars on his cellphone, Powell scrambled to call grocery stores and gas stations — anywhere along the route that might have ice.

Not just any ice would do. Chlorine, an additive in city water supplies, could kill the fish. Powell asked for the Frosty brand. The Spokane manufacturer got its water from a 200-foot-deep well.

Thirty miles into the trip, they pulled into a truck stop just before the Idaho border and dumped in an extra bag of ice they had stowed in the cab.

Road construction slowed the truck to a crawl as the temperature in the tank climbed. Powell called a gas station up the road in Winchester and was told to hurry.

He arrived too late. A sign out front said that ice was sold out.

“Are you the guy who called?” asked the woman at the cash register.

When Powell explained their predicament, she raided a private stash made from the owner’s well water. It was only 30 pounds, but every bit helped.

Powell phoned the hatchery and asked his staff to call around. A co-worker called back: An Exxon station 40 miles up the road stocked Frosty.

Fifteen 10-pound bags would buy them some time. They added 10 to the tank and put the other five in the cab for later. At a nearby Subway, the men grabbed sandwiches and switched drivers before pushing on.

Water, ice and fish sloshed in back as the pickup rocked from side to side, rounding curves down the notorious 7% grade of White Bird Hill. Nearing the bottom, Powell and Baker could see the Salmon River — where the fish would have had to swim up rapids if they weren’t in the truck.

In the town of Riggins, a rafting mecca deep in a canyon where sockeyes know to turn east , the dashboard’s outdoor temperature gauge read 110.

It was getting close to 5 p.m. Baker was finding that businesses ahead in New Meadows, Mesa and Midvale got their ice from chlorinated city supplies in Oregon.

As the tank water reached 69 degrees, he called his father-in-law, who lived on a farm up ahead in Weiser, a well-known gateway to salmon fishing before dams went in.

Phil Ulmer dug 30 pounds of block ice out of his freezer.

It was past 9 p.m. when Powell and Baker pulled up at the hatchery in the Boise suburb of Eagle. They got out and peered into the tank.

All eight fish were alive.

Travis Brown, an assistant manager at the hatchery, pulled a hose to the pickup and slowly added well water to cool them down. The men netted the fish one by one and transferred them to a hatchery tank that looked like an above-ground swimming pool.

The water was a safe 55 degrees.

Maybe nothing can save the Snake River sockeye.

But there is a dramatic step that has yet to be tried: tearing out dams. In February, 68 fisheries scientists wrote in an open letter to Northwest members of Congress, governors and policy makers that the four dams on the Snake River had to go.

“Breaching the four lower Snake River dams would provide more certainty of achieving long-term survival and recovery than would any other measure,” the letter said.

It’s a longtime goal of environmentalists, who for decades have tried to use the federal courts to achieve it.

The idea has never gained political traction because of powerful interests aligned against it. The dams generate power, control floods, provide irrigation and create a waterway for cruise ships, pleasure boats and barges that make up a massive industrial shipping operation.

In February, Mike Simpson, a Republican congressman from Idaho whose district includes the sockeye spawning grounds, appalled lawmakers in his party when he pitched a plan to let the Snake River run wild again.

He wants the federal government to spend $33.5 billion to remove the four dams, replace hydropower with other forms of energy, rework transportation and irrigation systems, compensate businesses and redevelop city waterfronts.

In an interview, he said that the federal Bonneville Power Administration, which sells electricity generated by the dams, has already put $17 billion toward fish and wildlife over the decades.

“I think you need to preserve those species that God has given us and not let them go extinct if there’s a way of preventing that from happening,” he said.

Critics called the plan expensive and extreme. Some dam proponents pointed out that other varieties of sockeye with far shorter migrations were still plentiful.

Simpson, who has yet to draft legislation, said a bill would be unlikely to pass if his party regained control of Congress. He said he was willing to take the political consequences.

“If I lose my election and we save salmon, I’m fine with that,” he said.

The morning after the fish reached the hatchery, Powell joined Brown and Baker — both of whom live there with their families — to check on them.

Brown netted one of the sockeyes, deposited it in a tray and scanned it with an electronic wand — checking for a microchip injected in fish previously handled by researchers.

Finding none, he weighed and measured the fish and gently pressed an ultrasound transducer against its underside, seeing from the presence of ovaries that it was a female.

Seven of the eight sockeyes were missing their adipose fins, indicating that they had originated in hatcheries, which remove the fins before releasing smolt into the wild.

The lone wild fish was a 24.5-inch male weighing 4.5 pounds. With tweezers, Brown removed three of its scales: they contained annual markings that would be examined under a microscope to determine its age.

Then he used scissors to snip off a tiny section of a rear fin, placing it in a plastic bag. Genetic analysis would determine its origin, down to a specific lake.

If lab tests found the fish to be healthy, its sperm would be combined in vitro with eggs from wild females. Smolt from the fertilized eggs would be raised at a hatchery 250 miles east in Springfield.

Brown gripped the slippery specimen, punching a hole in its dorsal fin and attaching a zip tie bearing a microchip. Nudging it back into the net, he lowered it into another hatchery tank.

Watch: Team India in full swing during their practice session at Durham Podcast: The mystery of the disappearing gray whales 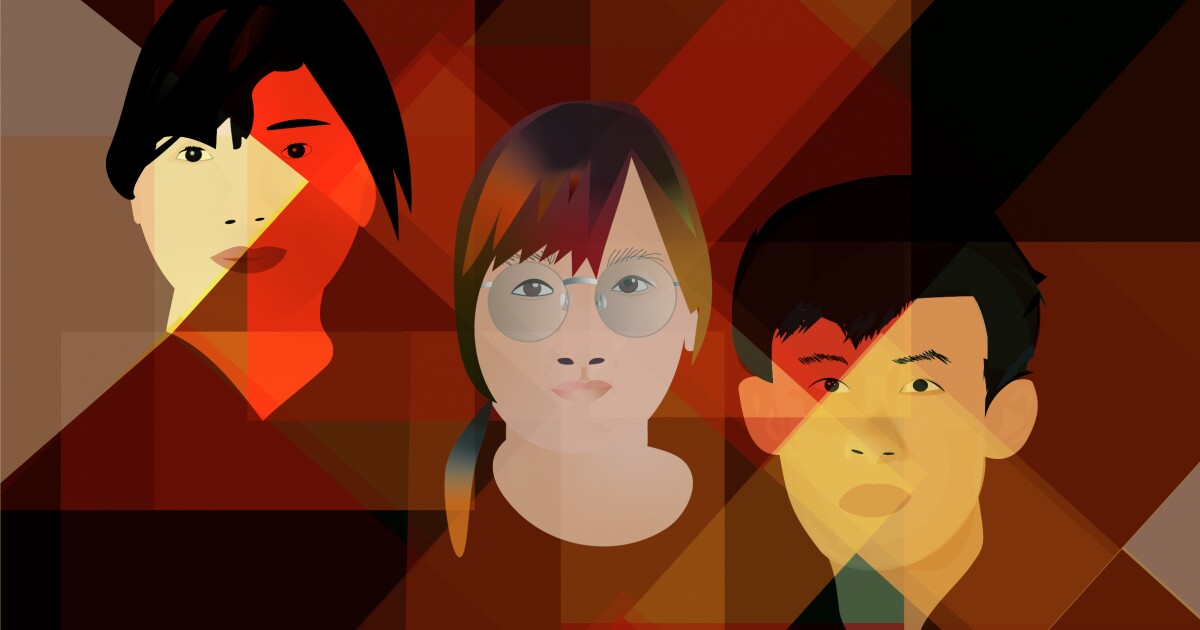 Chased and jailed: No rest and much danger for Asia’s young revolutionaries 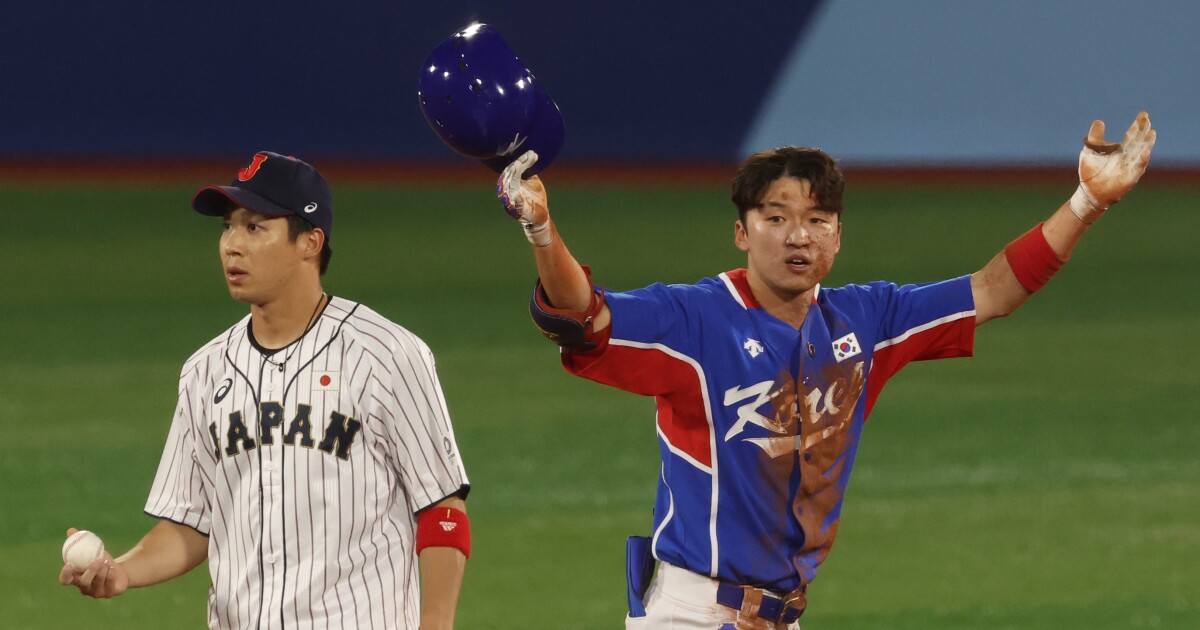 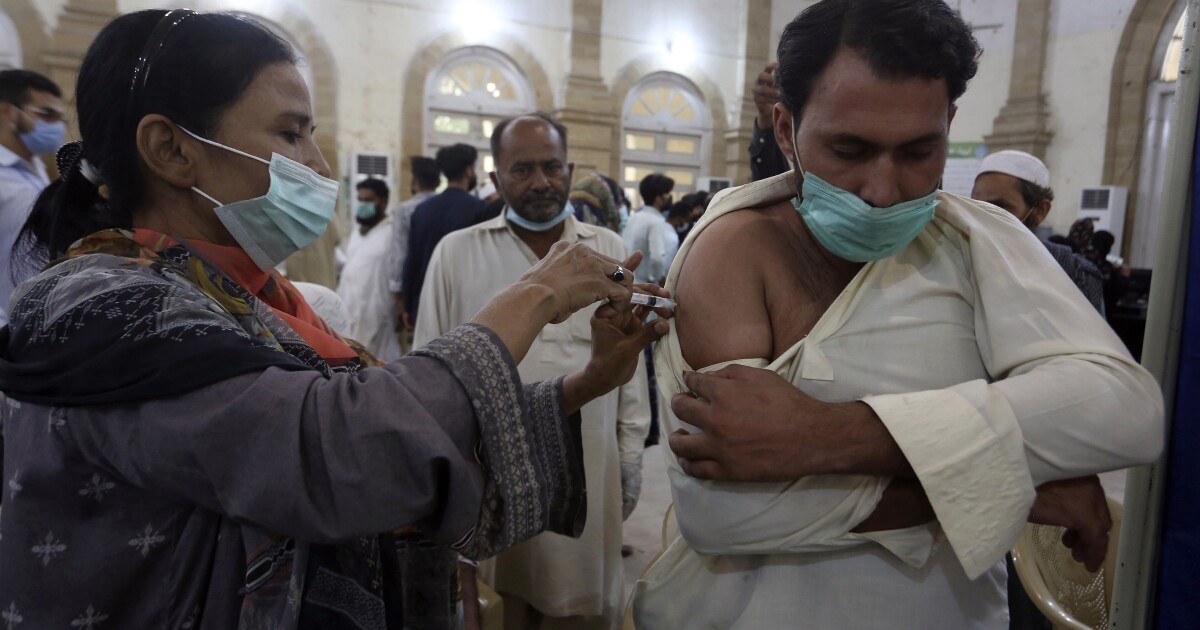