The high school student in rural Akita prefecture was mesmerized as the Ethiopian marathoner persevered, the Dutch judoka ended his match with humble grace and the Japanese women’s volleyball team dived to secure an improbable victory.

That was 57 years ago, during the 1964 Tokyo Olympics, and the teenager, Yoshihide Suga, grew up to become Japan’s prime minister.

“I felt the immeasurable human capability,” the 72-year-old recounted last month in a speech before Japanese lawmakers. “Those sorts of things are what I want to show the children.”

Japan’s youth of today have a reputation for being disengaged, fatalistic and uninterested in the outside world. These Gen Z adults have known Japan only since its so-called lost decade of economic stagnation. In their lifetimes, the country’s spectacular economic rise after the first Olympics has been a distant memory, supplanted with the anxiety of Japan being eclipsed by its Asian neighbors, chief among them China.

Many here who remember the triumph of ’64 had hoped the Olympics’ return to Tokyo would re-create for today’s young Japanese a rare moment of uncomplicated national pride, a chance to interact with the globe and an opportunity to be inspired by seeing up close world-class athleticism and riveting displays of the human spirit.

That was before the pandemic made a nightmare of hosting the planet’s biggest sporting event.

As it stands, the Olympics set to get underway Friday are shaping up to be less a showcase of Japan’s reemergence and relevance than a scramble to keep ahead of the virus, scandals and logistical snafus. The Games are, at least in the eyes of the young, a troubling reflection of the country they are inheriting.

With the medal count still at zero, virus infections are ticking up in the athlete’s village, in the ranks of the International Olympic Committee and among contractors. Prison-like fences have been erected around the new $1.4-billion National Stadium, where 60,000 seats will remain vacant. A composer who worked on music for the opening ceremony resigned Monday, after revelations that he had taunted and bullied classmates in his school days, including those with disabilities.

“Because of COVID, the Olympics have actually split people more rather than bringing them together,” said Ayami Takahashi, a 21-year-old senior at Keio University. “I don’t see anyone around me excited about it. They just accept that it is happening.”

Takahashi will be working as an intern for IOC-owned Olympic Broadcasting Services. She’d wanted to be part of what she believed would be a “once-in-a-lifetime” experience. But the moment may not evoke the thrills and emotions Suga hopes for her generation.

Takahashi said the world’s attention was now on Japan’s shortcomings, including the capital’s fourth state of emergency, slow vaccination rollout (just over a fifth of Japanese have been fully vaccinated) and pandemic fumbles. Foreign spectators are being kept away; little cheering is expected in the streets. It feels as if a party is surreally unfolding without the guests.

“The Olympics were planned to become a way to change Japan’s inward-looking culture, but as of right now, I don’t see it, ” she said.

Marina Kobayashi, 22, a schoolmate of Takahashi’s who will also be working at Olympic venues, said she was glad to be part of something big, but couldn’t shake a feeling of unease, one shared by many Japanese, that the Games were going ahead during a deadly health crisis.

“It feels a bit off,” she said. “Just knowing the Olympics are being hosted in a state where not everyone feels comfortable with them being hosted — I do not think it will leave as big of a legacy.”

In spite of it all, officials haven’t given up on trying to gin up excitement in a new generation of Olympic fans.

A few thousand schoolchildren in Ibaraki prefecture, northeast of Tokyo, are expected to attend soccer matches this weekend in a rare exception to the ban on most domestic and overseas spectators. That decision was met with a flood of complaints and protests to the local government offices, criticizing the decision as risky, according to the Japanese daily Mainichi.

“We’d like to leave the Games etched into the children’s memory, as they are an opportunity that will perhaps never come to this prefecture again,” an unnamed local educational official told the paper.

Japan’s baby boomer generation feels strongly about the Olympics. The success of the 1964 Games — just two decades after World War II — shaped the perception of their nation and its place in the world, said Sachiko Horiguchi, an anthropologist at Temple University Japan Campus.

“That was a very big symbol of economic development,” she said. “All the affluence, that’s part of their identity.”

But even before the pandemic, an unbridgeable gap opened between the boomers and today’s young, especially those who aren’t at top universities or live outside major metropolitan areas, Horiguchi said. “Irregular workers” without job stability make up a larger portion of the young compared with the rest of the population, giving them less security and promise to plan their futures. And they are increasingly outnumbered. Those older than 65 make up more than 28% of the country, the highest in the world.

“Young people don’t really know that or share that sentiment,” said Horiguchi of those born decades after the ’64 Games and its afterglow. Many of them seem to think, “The economy is always going to be bad, we can’t expect politicians to lead us in a good way anyway…. Nothing to dream about, to hope for. Let’s just make do with what we have now.”

Not all is laden with despair. Students at Keio University have been preparing since 2016 to host Olympians from Britain at the Yokohama campus. Students traveled to the U.K. to learn about the 2012 London Olympics, created a barrier-free map for Paralympians, and, for a time, dined on a new item on the campus cafeteria’s menu: fish and chips.

This week, they waved flags and signs and cheered on the athletes from across a barrier created by a row of desks to keep them apart and prevent the possibility of a COVID-19 outbreak. Since the athletes wouldn’t be permitted to travel in Japan after their matches as they would have in a normal Olympics, students pasted up photos of famous sites including Nagano’s Matsumoto Castle and Hirano Shrine in Kyoto.

Nathaniel Smith, a professor of cultural anthropology at Ritsumeikan University in Kyoto, said the 2002 World Cup Japan co-hosted with South Korea became a wellspring of national pride for a segment of Japan’s young. Part of that newfound patriotism became the seed for a youth movement that was resentful of foreigners and defensive about Japan’s historic wrongs, he said.

This time around, Smith said, his students seem largely apathetic.

“‘It’s not for us, so it must be for other people.’ That feeling is really widespread,” he said. “My students are way more interested in [Shohei] Ohtani than any Olympic stuff.”

Momoko Nojo, a 23-year-old graduate student in economics and founder of “No Youth No Japan,” which encourages youth participation in politics, said the controversies surrounding the Olympics, including recent scandals and the government’s poor handling of the pandemic, could rouse a generation accustomed to not having its voice heard.

Nojo was part of an online campaign that led to the resignation this year of former Japanese Olympic Committee President Yoshiro Mori, 84, after his remark that women talk too much in meetings.

“Before, the thinking was, we need to leave politics to politicians, we don’t make complaints. We pay tax, and let them do their jobs,” she said. “Now people feel if we do that, something like this happens. Now we understand.”

Lowry is a special correspondent.

Random: A UK Company Is Inviting Customers To Smash Up Old Games Consoles 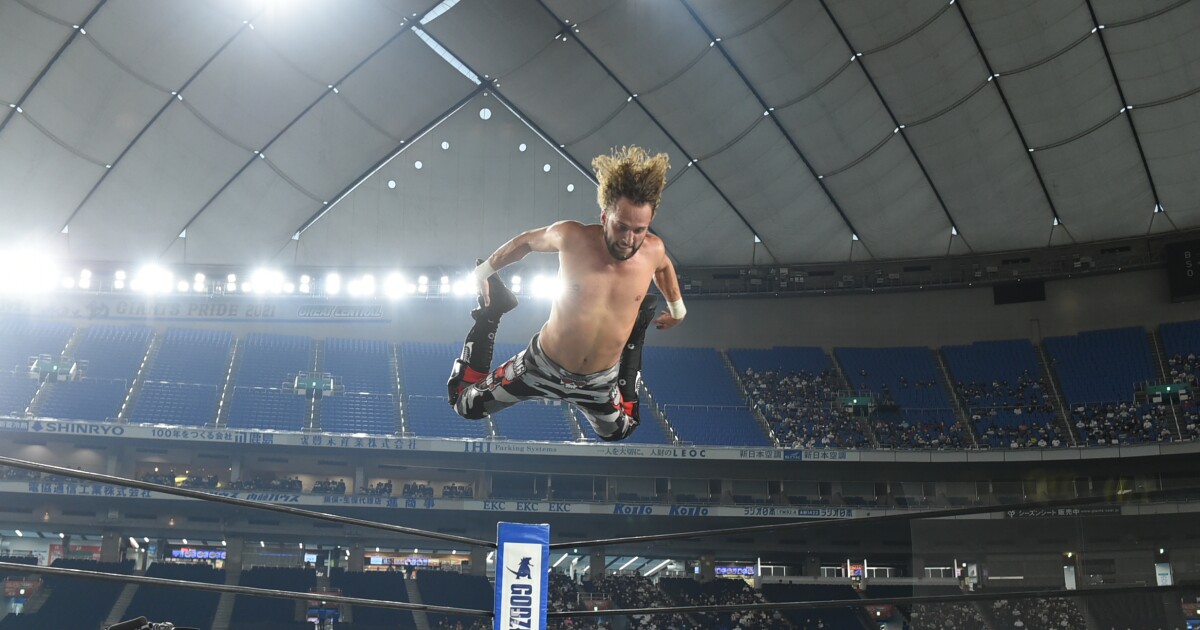