Senate Republicans blocked Democrats’ attempt to start formal debate on a bipartisan infrastructure plan Wednesday, arguing that Democrats are rushing the procedural vote before the final bill has been written.

The Senate voted 49 to 51, failing to reach the 60 votes needed to proceed.

But the move may amount to only a short delay for President Biden’s infrastructure plan, as at least 11 Republicans said they would support the vote if it came up again Monday, when an agreement on the final details of the bill is expected. Talks are expected to continue.

Senate Majority Leader Charles E. Schumer (D-N.Y.) forced the vote to speed up negotiations, which have dragged on since Biden and a bipartisan group of senators reached a tentative agreement nearly a month ago.

“Today we’re not going to be able to support moving forward,” Sen. Rob Portman (R-Ohio) said Wednesday morning on CNBC. “We just want time to get it right. It’s too important for us to rush a vote for an arbitrary deadline.”

Negotiations appear to be moving ahead, if not as fast as Schumer would like. Portman said Wednesday afternoon that 11 Republicans had given Schumer a letter stating their commitment to support a final deal when it is ready.

Sen. Mark R. Warner (D-Va.), a leader in the negotiations, expressed confidence that the group was nearing an agreement that would get support.

“I feel very good about where we are and where we’re headed,” he said.

The senators working on the bill — 10 Republicans and 12 Democrats — released a statement indicating the bill would be finalized and approved soon.

“We have made significant progress and are close to a final agreement,” they said. “We will continue working hard to ensure we get this critical legislation right — and are optimistic that we will finalize, and be prepared to advance, this historic bipartisan proposal to strengthen America’s infrastructure and create good-paying jobs in the coming days.”

Wednesday’s vote fell along party lines, though Schumer joined Republicans in voting against moving forward due to arcane Senate rules that make it easier for him to call up a repeat vote after voting no.

If Democrats succeed Monday, the vote will mark the start of formal Senate consideration of the first piece of Biden’s Build Back Better plan, a $4.1-trillion infrastructure proposal to build roads, water pipes and broadband internet networks as well as reshape the nation’s social safety net.

Democrats are trying to enact the plan in two parts. The bipartisan plan, which amounts to $579billion in new spending and nearly $1.2trillion overall, would invest in the so-called hard infrastructure projects.

They hope to approve about $3.5trillion for the rest of Biden’s plan under a procedure that doesn’t allow for a GOP filibuster.

This part of the plan includes an ambitious list of new and expanded social programs, such as child and elder care and enhanced Medicare benefits. With Republicans opposing these programs, Democrats must rely solely on their own caucus for the votes.

Schumer’s attempt to speed things up aggravated some Republicans; several GOP negotiators said it was not right to hold a vote on an incomplete bill. But Schumer is leery of letting the deal simmer. “They’ve been working on this bipartisan framework for more than a month already,” he said Tuesday, “and it’s time to begin the debate.”

The bipartisan group and White House aides have been huddling in recent weeks to flesh out the plan’s details. One method of paying for about $100 billion of the bill — having the IRS better enforce tax laws — was scrapped amid GOP opposition.

Biden, for his part, was headed Wednesday afternoon to Portman’s home state of Ohio to talk about the infrastructure plan at a town hall.

“The president will make his case Wednesday evening in a CNN town hall, arguing for both the bipartisan proposal and a companion bill, which is also still unwritten, that Democrats seek to pass on their own to expand the safety net for working families,” White House spokeswoman Jen Psaki said.

He is likely to tout a new report from Moody’s Analytics that White House Chief of Staff Ron Klain and other administration officials have circulated widely on social media.

The report predicts that the two infrastructure proposals would strengthen long-term economic growth and ease inflation rather than increase it. 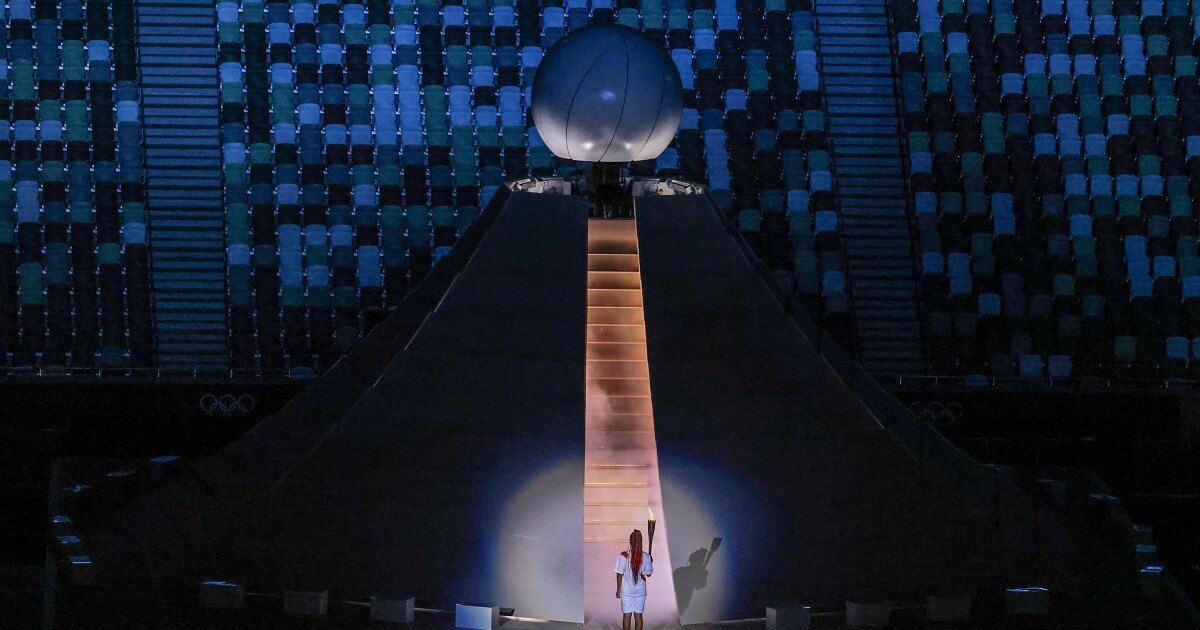