The National Poker Series by PokerBaazi.com took place from June 13th to 27th 2021 in search of India’s definitive poker champion.

The 15-day tournament series rewarded 192 medals across 64 different tournaments, where each player had a shot at winning gold. The Golden Rush of Indian Poker was hosted on PokerBaazi.com.

The National Poker Series recorded a whopping 83,793 entries from across the country, and the winners took home a staggering prize pool of more than INR 19 crores.

The Leaderboard of National Poker Series

The National Poker Series, hosted on PokerBaazi.com, lauded 64 gold medalists in addition to 128 silver and bronze champions. The definitive champions of the Indian poker landscape were discovered as the series came to a close.

The final leaderboard standings are as follows:

Bronze: player under the username of ‘Think_again’ (29) from Mumbai, Maharashtra

Silver: player under the username of ‘neha94’ (27) from Jaipur, Rajasthan

The top 3 podium finishers, with the most valuable medal haul across the series, are Mohammad Azhar Tak (Nagaur, Rajasthan), Ankit Wadhawan (Chandigarh, Punjab) and Kritagya Sharma (New Delhi) with gold, silver, and bronze medals. They will be representing India at an international platform in one of the biggest poker events of the world to be conducted in Las Vegas.

The National Poker Series drew in 83,793 entries in total, including over 19 thousand for Gold Rush, and gave away a whopping ₹19,41,87,773 in the total prize pool across the tournament.

Mohammad Azhar Tak not only won gold medals in the Main Event and KickOff Event, but also topped the series leaderboard, finishing as the Indin poker’s first gold medalist on the NPS Podium. Talking about his victory and experience he said:

“This edition of NPS has been more than participating in just one or two events. The main event is my third victory and the toughest one so far, where I took the field down. It’s one of my greatest feats that I have been going after for a very long time. NPS has been a great experience and I have secured the first position for the Vegas package. Moreover, it is unreal to believe that I will be representing India internationally. I am looking forward to my trip to Vegas, where I plan to discover all things poker.”

The Nights of the Champions took place on July 3rd 2021, where the marquee champions of the National Poker Series came face to face in a tournament to determine the Champion of Champions and compete for a prize pool of ₹ 10 lakh. 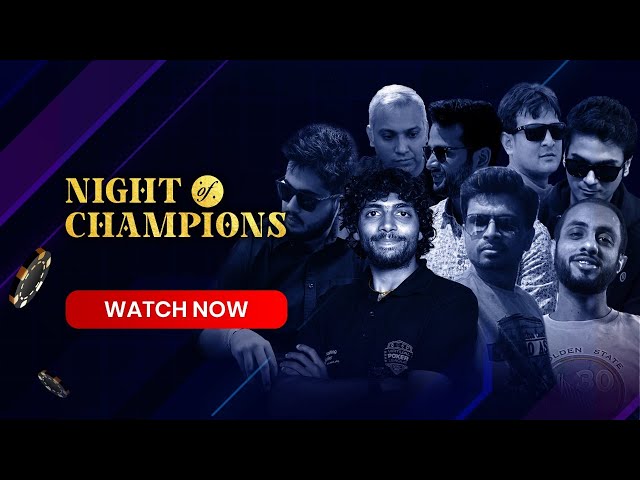 All in all, the National Poker Series was a massive success, and its biggest winners are now preparing to face the best poker player in the world.

Round Up: The Zelda: Skyward Sword HD Reviews Are In