The spiritual successor to the original game, Ubisoft’s Beyond Good and Evil 2 is one of the most anticipated games of 2021.

Beyond Good and Evil 2 (BG&E 2) is an action-adventure RPG game developed by Ubisoft Montpellier and published by Ubisoft. Even though this game is the successor to Beyond Good and Evil, which came out in early 2003, the story of BG&E 2 is set in a much older time than the original game, essentially making it a prequel.

The game was first introduced to the world at E3 2017, when an announcement trailer was featured, alongside CD Projekt Red’s Cyberpunk 2077 (CP2077). Both games were highly anticipated since then.

Cyberpunk 2077 was the latest brainchild of the Poland-based company CD Projekt Red. After the massive success of their Witcher series, especially Witcher 3: The Wild Hunt, fans of the RPG genre were looking forward to the release of Cyberpunk.

But since its release, fans have been little more than disappointed with the end result. With an abysmal failure on behalf of CD Projekt Red with CP2077, all eyes were on Beyond Good and Evil 2.

An overview on Beyond Good and Evil 2

Beyond Good and Evil 2 lets the player enjoy the storyline alone or in coop mode with friends. It is set as a prequel to the original game, where the player had to play as Jade in a revolutionary freedom movement to free the system from an alien conspiracy.

This time around, Ubisoft wishes to portray open-world gameplay with game mechanics true to the RPG genre, with different attributes and choices along the way.

One of the core elements of Beyond Good and Evil 2 is set to be an intergalactic travel system, on which the game director, Michel Ancel, and the Ubisoft Montpellier team, has been working since before the announcement at E3 2017. 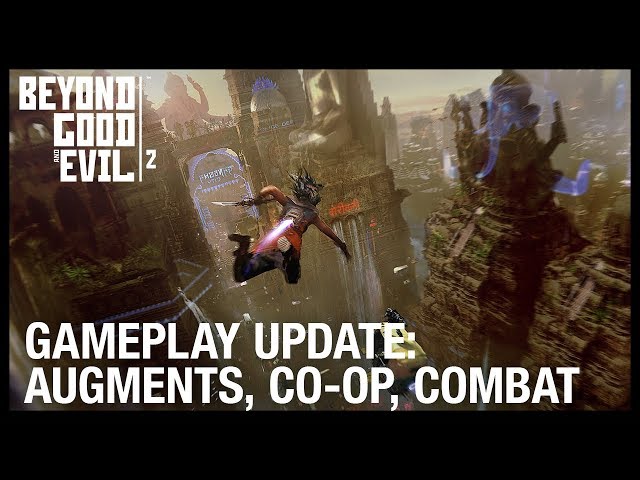 Can Beyond Good and Evil 2 scratch the Cyberpunk itch?

Looking back on the many years of gaming, one can find only a few handful of games that represent the Cyberpunk theme properly. After the introduction of movies such as Blade Runner, the whole world looked to the gaming industry to follow through in that legacy.

Everyone is waiting to see if Beyond Good and Evil 2 keeps their promise of immersive gameplay and a soul-grasping storyline to scratch the itch of a new-gen story-driven RPG game, the void that Cyberpunk 2077 left in its wake.

Blazing Strike Is A Fighting Game Inspired By The Arcade Classics